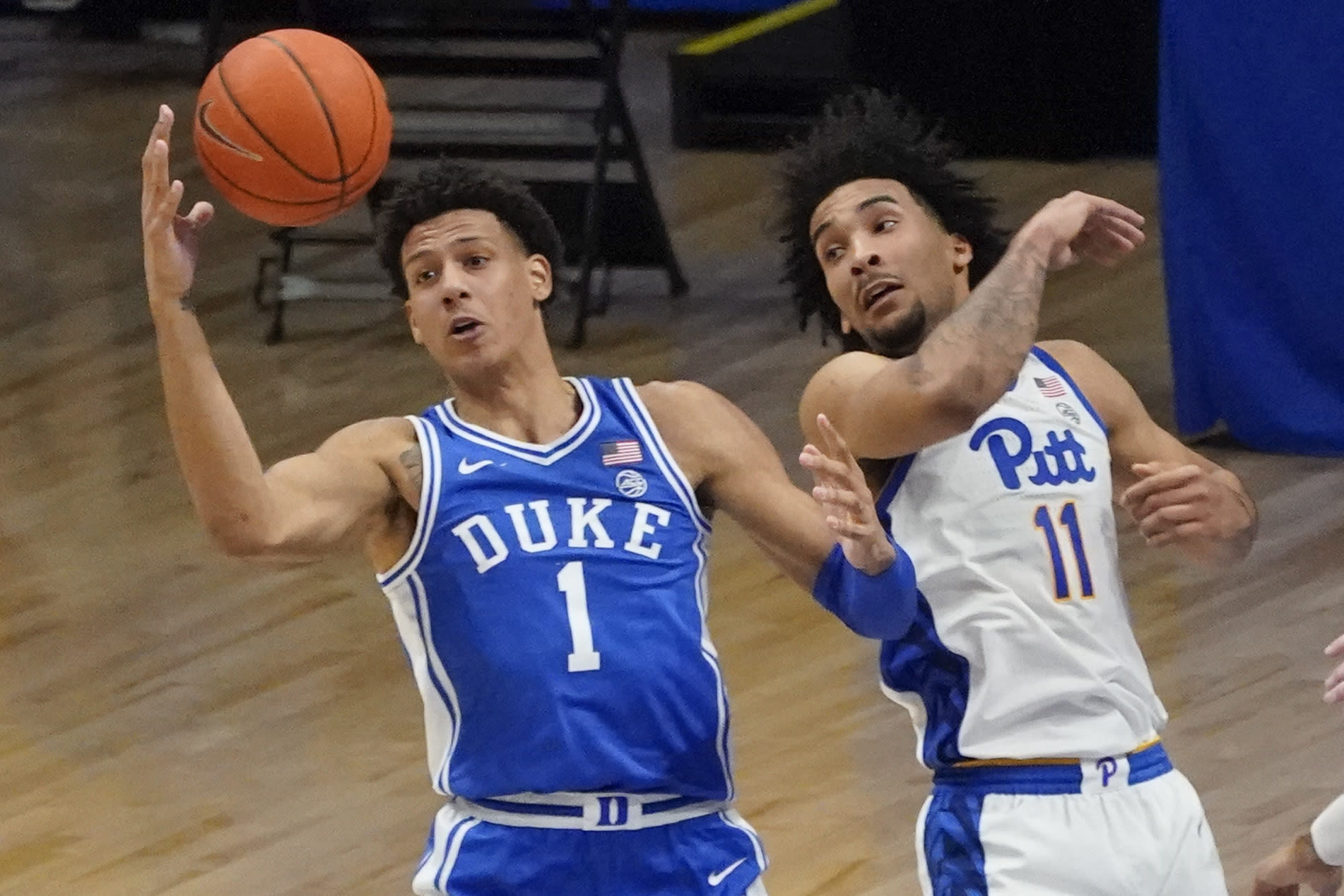 Scottie Barnes and Jonathan Kuminga offer plenty of versatility to headline the class of forwards in Thursday’s NBA draft.

Both have the size and length to tussle inside or contribute on the perimeter, making them potential top-five selections ahead of Michigan’s Franz Wagner as a potential lottery pick.

Here’s a look at some of those top prospects:

Barnes could become an elite defender and playmaking ballhandler as he prepares for the draft days before his 20th birthday.

STRENGTHS: The sophomore didn’t need to score at Florida State to make a huge impact in every game. The 6-foot-8, 225-pound one-and-done player can roam anywhere on the perimeter, seeing over smaller guards to run the offense where he averaged 4.1 assists. The Atlantic Coast Conference freshman of the year has a nearly 7-3 wingspan, ranking sixth among all players who participated in measurements at the scouting combine.

»Being able to have that playmaking IQ on the court, having that vision, makes me so unique on the floor where I can see different things, see different reads, that naturally other people can’t see,» Barnes said.

CONCERNS: Barnes is an unselfish player who was a complimentary double-figure scorer in the Seminoles’ balanced attack, but he made just 11 of 40 3-pointers (27.5%) and 62% of his free throws.

The 18-year-old Kuminga joins shooting guard Jalen Green in taking a preps-to-pros route to the draft.

STRENGTHS: The 6-6, 210-pound Kuminga was born in the Democratic Republic of the Congo and had become one of the nation’s top college prospects before opting to play for G League Ignite, which offers an alternative for elite prospects who want to bypass college basketball. He averaged 15.8 points and 7.2 rebounds in 13 games with Ignite while offering rim-attacking athleticism and the ability to drive the paint. Kuminga has the potential to become a multi-position defender and has roughly 6-11 wingspan.

CONCERNS: The shooting touch and overall offensive polish is still developing. He shot just 38.7% with Ignite and made 16 of 65 3-pointers (24.6%) along with shooting 62.5% at the foul line.

The 19-year-old Wolverines sophomore has the potential to thrive as a floor spacer and capable defender.

STRENGTHS: The 6-9, 220-pound Wagner brings perimeter versatility and size with a fluid game. He bulked up by 15 pounds for last season and averaged 12.5 points with 6.5 rebounds for Michigan. He was also tied for second on the team in assists (84) with a better than 2:1 assist-to-turnover ratio. On the defensive end, he was a solid rim protector by ranking second on the team with 29 blocks, while his 35 steals led the team.

CONCERNS: Wagner has yet to show the ability to consistently hit the 3. He shot just 31.1% as a freshman and improved only slightly to 34.3% last year, including 2 for 16 in four NCAA Tournament games. The reason for optimism is he better than 83% from the line in each of his two college seasons, an indication that his shooting stroke is good enough to stretch his range.

– JOSH GIDDEY: The 18-year-old Australian is a lottery prospect with perimeter size (6-8, 200) and floor-leader skills to play guard or be a play-making forward, including as a driving threat with passing touch. He averaged 10.7 points, 7.1 rebounds and 7.2 assists in Australia’s National Basketball League last season and has been part of the NBA Academy program designed to develop elite international prospects.

»I think in the NBA because the court is so much more spaced and spread out, it’s going to allow me to get into the paint and make a few more reads,» Giddey said, »whether that’s scoring … myself or hitting teammates.»

– COREY KISPERT: The 6-7, 223-pound senior was a first-team Associated Press All-American who shot 44% from 3-point range last year. The 22-year-old, who helped Gonzaga carry an unbeaten record to the national-title game, is a first-round prospect capable of stretching defenses with his range.

– JALEN JOHNSON: The 6-9, 210-pound freshman from Duke arrived as a top recruit with a better than 7-foot wingspan, and he’s a first-round prospect with intriguing athleticism and versatility. But he drew criticism from some after leaving the Blue Devils in February to prepare for the draft after a bumpy season in which he missed time with a foot injury, as well as finding his minutes dwindling.

»The fact that people are saying I’m a bad-character kid over essentially a decision I made, a 19-year-old kid made, is kind of crazy at the end of the day,» Johnson said, adding: »I’m just excited to get into the league and kind of just shine a better light on my name.»

– ZIAIRE WILLIAMS: The 6-8, 185-pound Williams, 19, is a one-and-done entry who was the highest-ranked recruit in Stanford history. He could use some added strength after averaging just 10.7 points on 37% shooting, but remains a first-round prospect.

James has triple-double, leads Lakers past Knicks in OT

LeBron James moves within 100 points of Kareem Abdul-Jabbar, into 4th all-time in assists in win over Knicks