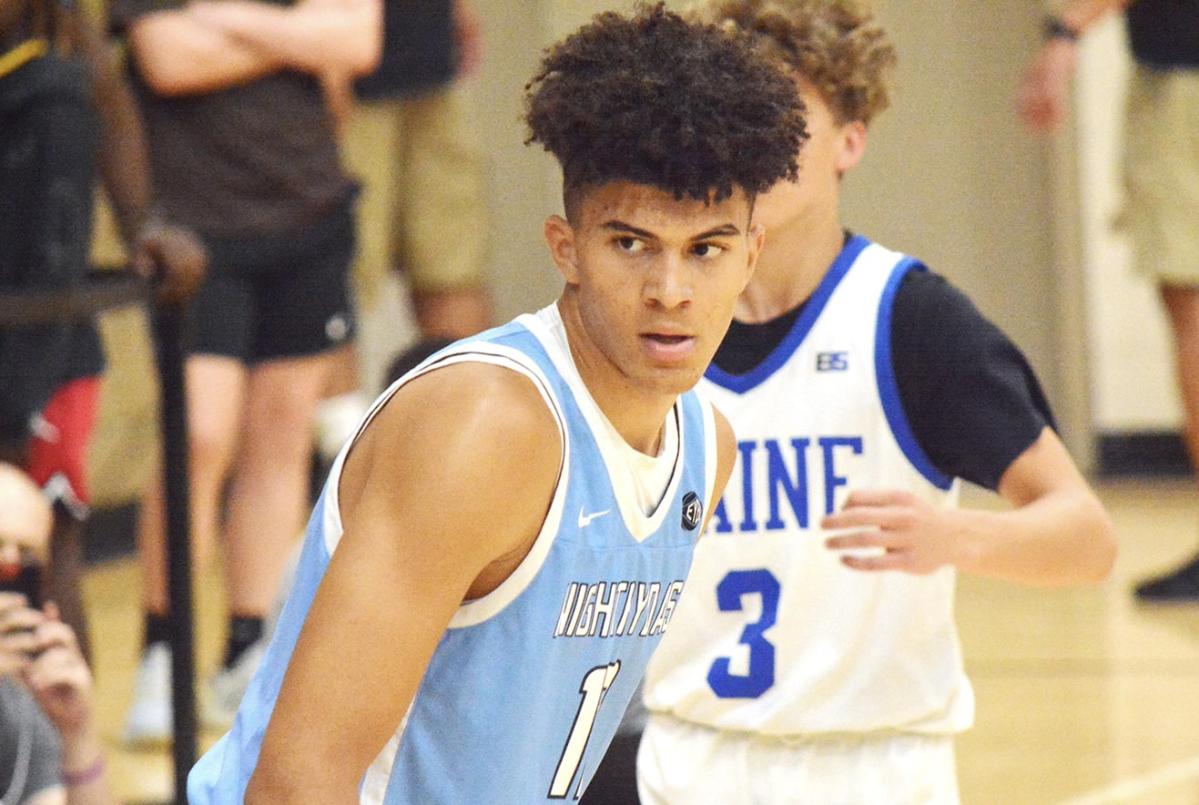 Two of the top high school players in the country faced off Wednesday evening as D.J. Wagner and Camden (New Jersey) traveled to Miami to play Cameron Boozer’s Christopher Columbus team. The No. 11 Explorers edged out the No. 4 Panthers 75-66, handing Camden its first loss of the season.

Kentucky commit Wagner, who is currently the No. 1 senior in the country, led Camden with an incredible shooting spree and had a game-high 32 points, including five 3-pointers.

On the other side of the ball was the No. 1 sophomore in the country and arguably the best prospect in high school basketball, Boozer, who came alive in the second half and finished with 22 points. His twin brother, Cayden, also made his presence known, netting 19 points for the Explorers. Cameron, a 6-foot-9 power forward, is shooting 58% from 3-point range on the season but couldn’t connect on a shot from deep in the win. After scoring only two points in the first half, Cameron found ways to score off the dribble and extend the defense, creating space for his teammates and pushing the lead to 15 in the second half.

Wagner, the son of former NBA player Dajuan Wagner, has been the consensus top player in his class since he was a freshman. He committed to Kentucky in the fall and chose John Calipari and the Wildcats over Memphis and Louisville (where his grandfather, Milt, is on staff). There’s pressure that comes with being the No. 1 player in the class and also coming from a basketball family, but Wagner uses it as motivation to get better.

«I don’t really see it as any type of pressure,» Wagner told Yahoo Sports last year. «It’s honestly just something that I really love to [do] and it’s an honor to come after the greats [in my family] and wear Camden on my chest.»

Cameron and Cayden also come from a basketball background. Their dad, Carlos, played 13 seasons in the NBA and was a two-time All-Star.

«He just tells me to take the recruiting process slow, weigh my options and just do what’s best for me,» Cameron told Yahoo Sports. «Everyone has an opinion on who’s No. 1 and I just have to keep working on myself, keep getting better and become the best version of myself.»

The 2025 high school class is loaded and NBA scouts are already eyeing the top players like Cameron Boozer. This past summer, NBA personnel were able to get a first glimpse of the Boozer twins and another top prospect in the class, 6-foot-9 Cooper Flagg at Nike’s Peach Jam.

«This is the first time I’ve ever scouted a player with a mouth full of braces,» one NBA scout told Yahoo Sports. «They’re young and there’s a lot of time for both [Flagg and Boozer], but there’s a lot to like about their game.»

Christopher Columbus is 11-3, while Camden moves to 7-1. Both teams will be traveling to Springfield, Massachusetts, next weekend for Spalding’s Hoophall Classic. The Boozer twins will face Bronny James and Sierra Canyon on Jan. 16 at 1 p.m. ET. Wagner has a tough game against five-star Duke commit Jared McCain as Camden squares off against Centennial (California) on Jan. 15 at 6 p.m. ET.