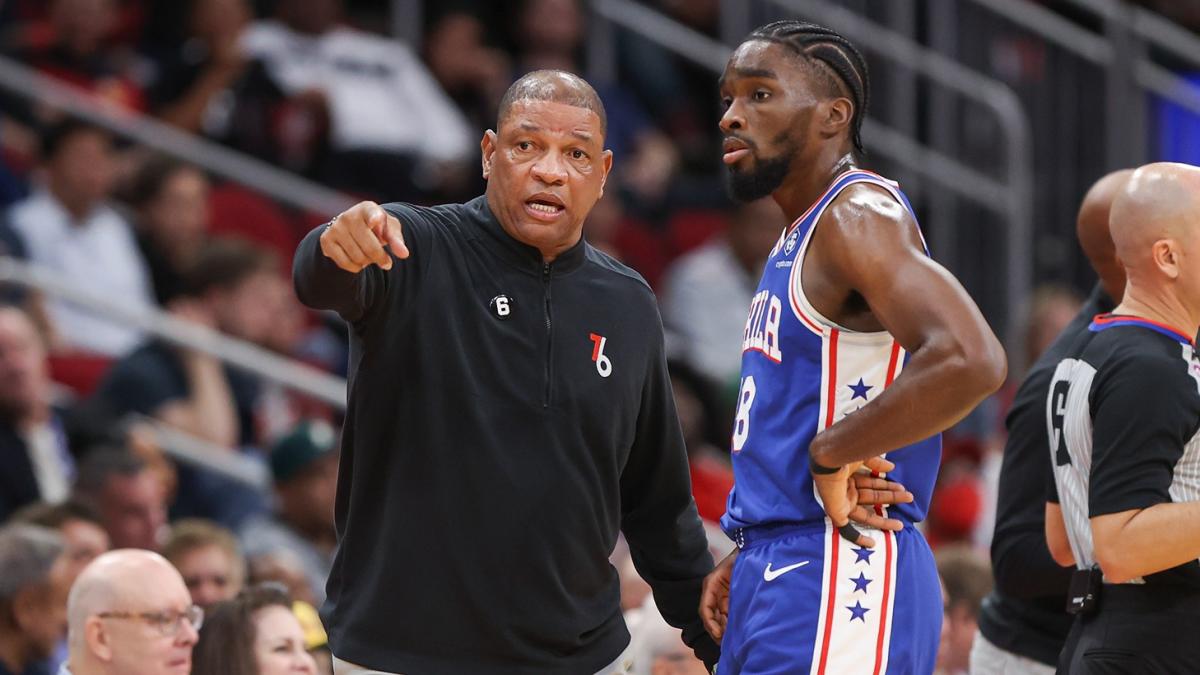 Though still not at full strength, the Sixers should field a team capable of beating the 10-14 Lakers on Friday night.

Tyrese Maxey (left foot fracture) and Georges Niang (right foot soreness) will both miss the opener of the 12-12 Sixers’ seven-game homestand. Danuel House Jr. was listed as questionable because of a left foot laceration. He didn’t practice either Wednesday or Thursday after having a minor procedure, according to head coach Doc Rivers.

“Danuel had something cut on his foot,” Rivers said. “Not surgery … I guess it’s always surgery for cutting. He couldn’t put on his shoe until today.”

Rivers said the Sixers removed De’Anthony Melton from practice after he initially tried to participate. He did work with assistant coach Sam Cassell following practice.

Melton has been playing — and playing well — through a persistent back issue. On Nov. 18, he said his adrenaline helps once games start. The 24-year-old has appeared in 11 straight contests, averaging 32.9 minutes. He’s posted 12.8 points, 4.8 rebounds, 4.0 assists and 2.4 steals per game during that period.

“It’s just precautionary,” Rivers said. “He’s going through a lot. Playing for him right now can’t be a lot of fun, but he’s doing it.”

On paper, facing the Lakers presents the Sixers with a nice opportunity to improve their pace and thrive in transition. Lakers opponents have added 5.4 points per 100 possessions through transition play, per Cleaning the Glass, which ranks worst in the league.

After falling Monday in double overtime to the Rockets, the Sixers clearly don’t want to lean as much on their half-court offense in James Harden’s second game back from a right foot tendon strain.

“Offensively, for our first group it’s just running our stuff and figuring out ways that we can exert all options in the offensive package playing with pace,” Tobias Harris said. “And using our defense to fuel — getting out in transition and running. Obviously when we’ve got different lineups, guys in and out because of the injuries, you do need some of these practice days to go over some stuff and just get back to the basics.”

Harris has been tremendous from three-point range over the last two games, making 12 of 14 attempts to soar to 41.5 percent this season.

“It’s being able to find those looks, letting them fly, and not getting discouraged if they don’t go in or whatnot,” he said. “Just staying with it and being able to trust the work that I’ve put in. I feel like I have a very good rhythm and feel out there, so just keep letting them go. … I think it helps the whole group and opens up the floor spacing for us. That’s something I worked on a whole lot during the whole offseason.”