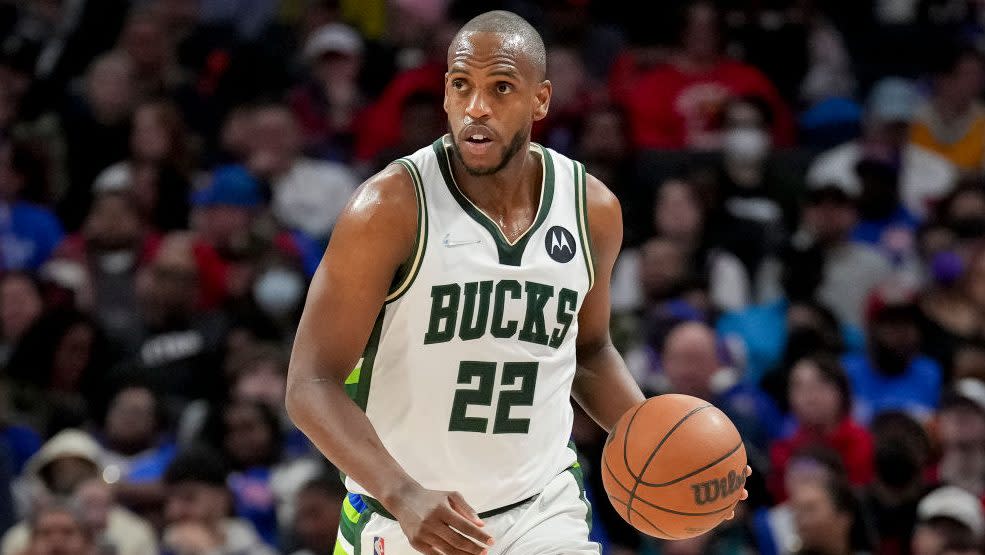 The value of Khris Middleton was evident in the Bucks’ Game 2 loss to the Celtics. Boston’s defense kept Giannis Antetokounmpo in check with limited help — Grant Williams and Al Horford were spectacular — allowing the other defenders to stay home on shooters and take away good looks. (It wasn’t that simple, but that’s the basic idea.)

That’s where the Bucks would typically turn to the All-Star and Olympian Middleton to be a secondary shot creator, run him the pick-and-roll and let him create (he’s also a tough matchup off a switch, a 6’7″ wing who can knock down the 3 or punish a smaller player on a post up. Without that option in Game 2, the Bucks struggled to create good looks when Antetokounmpo wasn’t doing it.

The Bucks will be without Middleton in Games 3 and 4 of their second-round series.

The team released a statement on Thursday — two weeks after he sprained the MCL in his left knee — but provided no details or timeline. “Milwaukee Bucks forward Khris Middleton continues to make steady progress on his left knee injury rehabilitation and additional updates will be provided as appropriate,” the statement read.

When coach Mike Budenholzer was asked directly on Thursday if Middleton would play in the games this weekend at home, he said “no.” When asked if Middleton might play later in the series, he said, “we’ll see.”

Not exactly a positive sign, but the door is open.

Middleton averaged 20.1 points, 5.4 rebounds and 5.4 assists a game this season, and the Bucks were +5.2 per 100 possessions better when he was on the court.

George Hill, the Bucks’ guard who has been out for this series, is also closer to a return having gone through most of practice on Thursday.

“We’ve just got to see how he comes out of that,” Budenholzer said of Hill playing in Game 3 (quote via the Associated Press). He added that Hill is “getting close” to a return.

Check out more on the Bucks