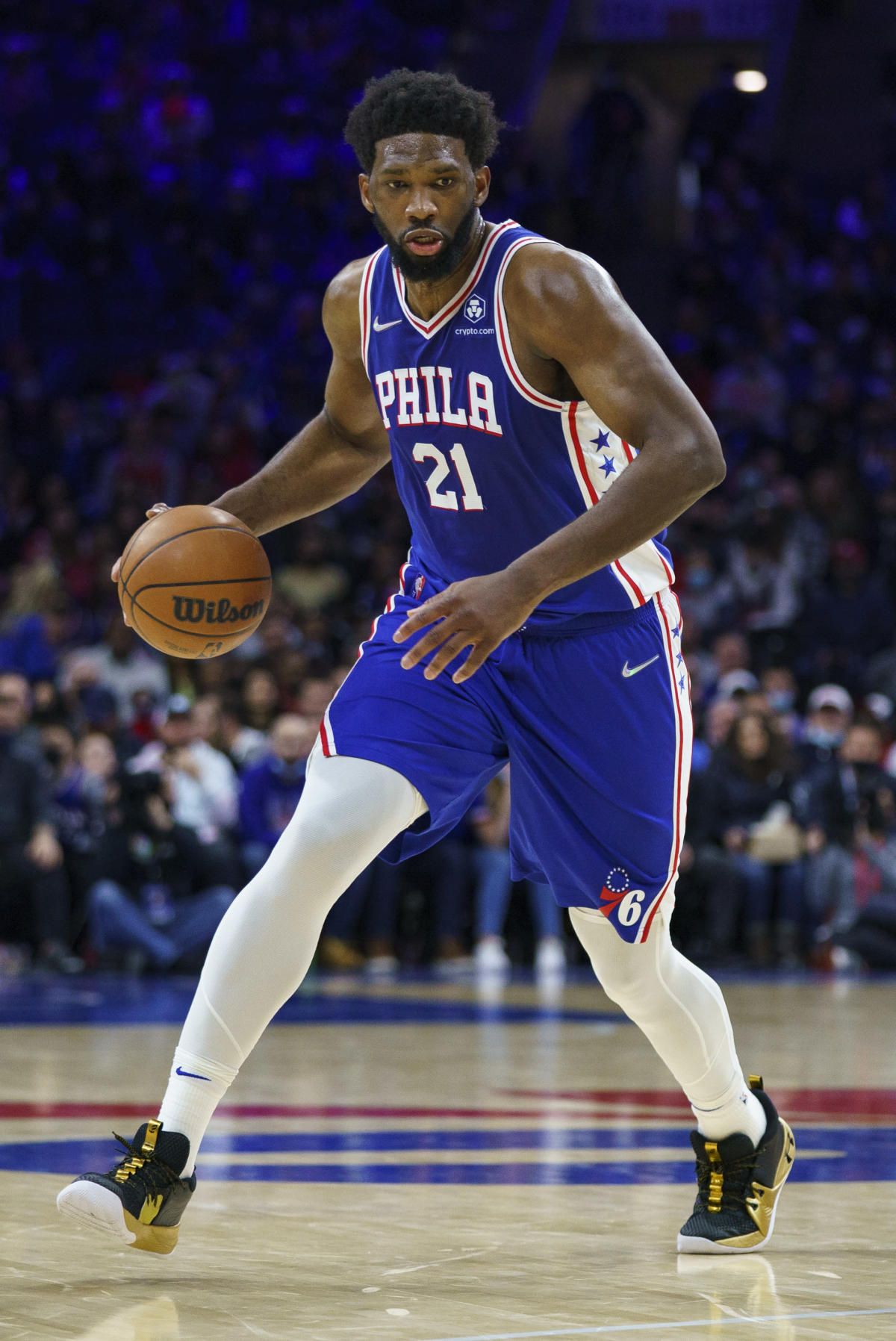 PHILADELPHIA (AP) Joel Embiid burst out of the 76ers locker room with wild enthusiasm, and the 7-footer about wiped out staff members as he pinballed down a corridor to the court. With Embiid sitting out the game, Philadelphia pulled off an overtime thriller against Memphis, and the All-Star wanted to celebrate with his teammates.

The big man was just a bystander in this one. Embiid stood by like a well-heeled fan in the front row as he smiled and high-fived the Sixers on their way back to the locker room. Tyrese Maxey only moments earlier had about been swallowed up by the crowd and the rush of the Sixers after a high-flying layup sealed the Sixers’ fifth straight win.

Even when he’s off, Embiid is always in the mix for the Sixers.

That much around Philadelphia is certain.

Embiid is the first Sixer named an All-Star starter for five straight seasons since Allen Iverson, and he just might be the front-runner for NBA MVP as well.

The booming »MVP! MVP!» chants that Philly fans serenade him with each night could be certified fact by next opening night instead of simply a wishful melody.

The biggest knock on Embiid, the No. 3 pick in the 2014 draft, over his career has been conditioning and injury issues that have made his availability at times more fickle than durable. Through 38 games, Embiid has largely put those concerns – remember the days of load management? – to rest.

He had a scheduled maintenance day off Monday, ending a streak of 21 straight games played, the second-longest stretch of his career. Embiid averaged 33.1 points during the streak to lift his season scoring average to 29.1 points per game, which ranked second in the league behind Kevin Durant‘s 29.3 points entering Tuesday.

Embiid did finish runner-up last season to Denver’s Nikola Jokic in MVP voting. While the Denver star was a deserving winner, he played in 72 games and logged 2,488 minutes to Embiid’s 51 games and 1,585 minutes. Monday marked Embiid’s 12th missed game, nine of which he missed due to health and safety protocols. The last time he sat out was Dec. 13 and his play over the last six weeks shot him to the top as the +230 favorite to win the MVP award, according to FanDuel Sportsbook.

The Sixers (31-19) used perhaps their most resilient outing of the season to beat the Grizzlies, and moved just a half-game game behind Chicago and Miami for first place in the Eastern Conference.

»We want to play every game with Joel,» Sixers forward Tobias Harris said. »He was able to get his rest. We have a lot of hungry guys who work on their games. It shows our morale as a team. Joel jumping on the court with us, that’s our chemistry, that’s the love we have for each other in the locker room. Team chemistry, team morale, that’s a big thing.»

Ah yes, chemistry and morale, two factors that could have doomed the Sixers once All-Star guard Ben Simmons demanded a trade. The NBA trade deadline is next week and there’s a prevailing feeling around the team that Embiid’s season would be wasted if basketball President Daryl Morey doesn’t deal Simmons for an impact player or two and turn the Sixers into true championship contenders.

Embiid hasn’t publicly stumped for a deal, though Morey surely covets another superstar as they try to win it all for the first time since 1983.

»There’s really no urgency to change anything,» Embiid said. »I think we’ve got everything we need.»

Embiid has carried the Sixers to the brink of the top of the East.

-He had eight games in January with at least 30 points and 10 rebounds. Embiid has a league-high streak going into Wednesday’s game against Washington of 17 straight games with at least 25 points.

-At 29.1 points and 10.8 rebounds, Embiid could join Wilt Chamberlain as the only players in team history to average those totals for an entire season.

»I love the fact that he is playing at his own pace right now; he’s found his pace to play at, he’s taking the game a lot more serious now as you can see, as we all can see,» Lakers forward Carmelo Anthony said. »And that’s why he is able to dominate the way that he is able to do now and he’s playing at an all-time high right now.»

That’s a high Embiid wants to stay at all the way through June.