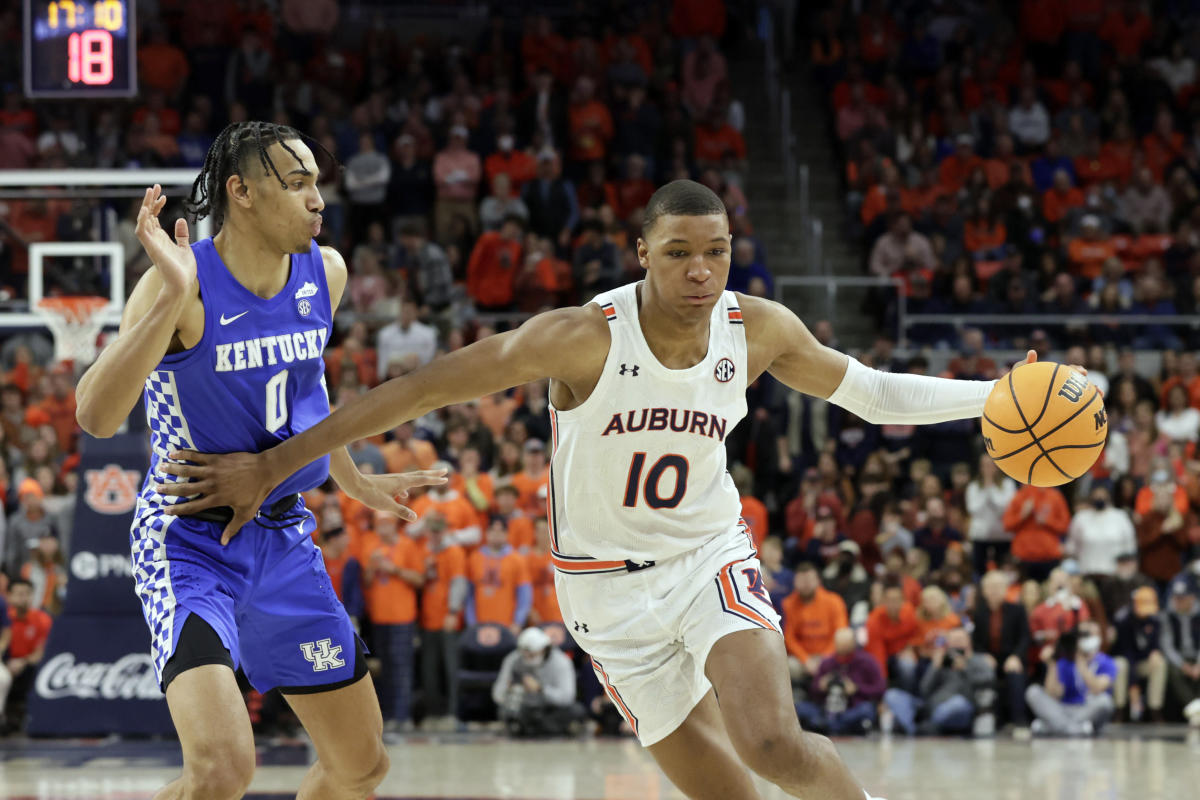 Don’t judge Jabari Smith by his most recent game.

The 6-foot-10 freshman missed 13 of 15 shots in No. 1 Auburn’s one-point victory at Missouri on Tuesday night, but it was clearly just an off night for one of college basketball’s top newcomers.

Smith finished with five points, 10 rebounds, two blocks and played stout defense on Missouri’s Kobe Brown. Despite a season-low in points — he ended a streak of 16 games scoring in double figures — Smith remains a consensus top-five projected pick in the upcoming NBA draft if he decides to turn pro. He has a legit chance to be the school’s highest selection in program history, ahead of Chuck Person (fourth in 1986) and Chris Morris (fourth in 1988).

»He’s a special talent,» Florida coach Mike White said. »He’s 6-10 and he’s a two guard. He’s got a beautiful stroke. He’s efficient. Gets to his spots. He’s got an ability to raise up with a high release to separate a little bit in the air. Can kind of twist a little bit, go right, go left. He’s just advanced.

»It seems like mentally he’s kind of a step ahead of where he should be at that age. He’s a really good player.»

Smith, who turns 19 next month, has a fluidity to his game that’s impressive for his age and certainly appealing to scouts and general managers. He’s viewed as a matchup nightmare because of his ability to stretch a defense with his shooting and his knack for putting the ball on the floor.

No one should be surprised by Smith’s season, either. After all, he was a top-five prospect coming out of Sandy Creek High in Tyrone, Georgia, last season and has hoops pedigree. His father, Jabari Smith Sr., played at LSU (1998-2000) before a 10-year professional career that included NBA stops with Sacramento, Philadelphia and New Jersey. His cousin is Kwame Brown, a 13-year NBA veteran and the No. 1 pick in 2001.

STRENGTHS: Smith has a smooth stroke, especially for a big man. He’s made 42 3-pointers in 20 games, although his percentage has dipped over the last two weeks by missing 17 of 22 from behind the arc.

»I knew he was a great jump shooter; I just didn’t know he was going to be the best jump shooter I ever coached,» Auburn coach Bruce Pearl said. »And he wants to get better.»

WEAKNESSES: For an athletic big man, Smith isn’t much of a shot blocker. He has 22 in 550 minutes. Part of that is he plays alongside 7-foot-1 center Walker Kessler, who roams the paint for Auburn and has 81 blocks. Kessler leads the Southeastern Conference and ranks second in the nation in blocks, averaging 4.05 a game.

DRAFT PROJECTION: Smith is widely projected to be a top-five pick and several mock drafts have him going No. 1 overall if he leaves school early.

G IVERSON MOLINAR, MISSISSIPPI STATE: The speedy junior has become the league’s leading scoring, averaging 18.4 a game after dropping 30 in an overtime loss at Kentucky on Tuesday. He’s averaging 22.8 points, 4.2 assists, 3.0 rebounds and 2.4 steals in the Bulldogs’ last five games.

G SAHVIR WHEELER, KENTUCKY: The Georgia transfer has been really good since missing two games earlier this month because of a neck injury. He’s averaging 16.3 points in his last four games and leads the SEC with 124 assists.

F JAYLIN WILLIAMS, ARKANSAS: The 6-foot-10 sophomore has been instrumental in the Razorbacks winning four in row heading into Wednesday night’s game at Ole Miss. Williams has four double-doubles in his last five games and is averaging 14.3 points, 10.8 rebounds and 2.3 assist during the team’s winning streak. He also has 12 steals and four blocked shots during that span.