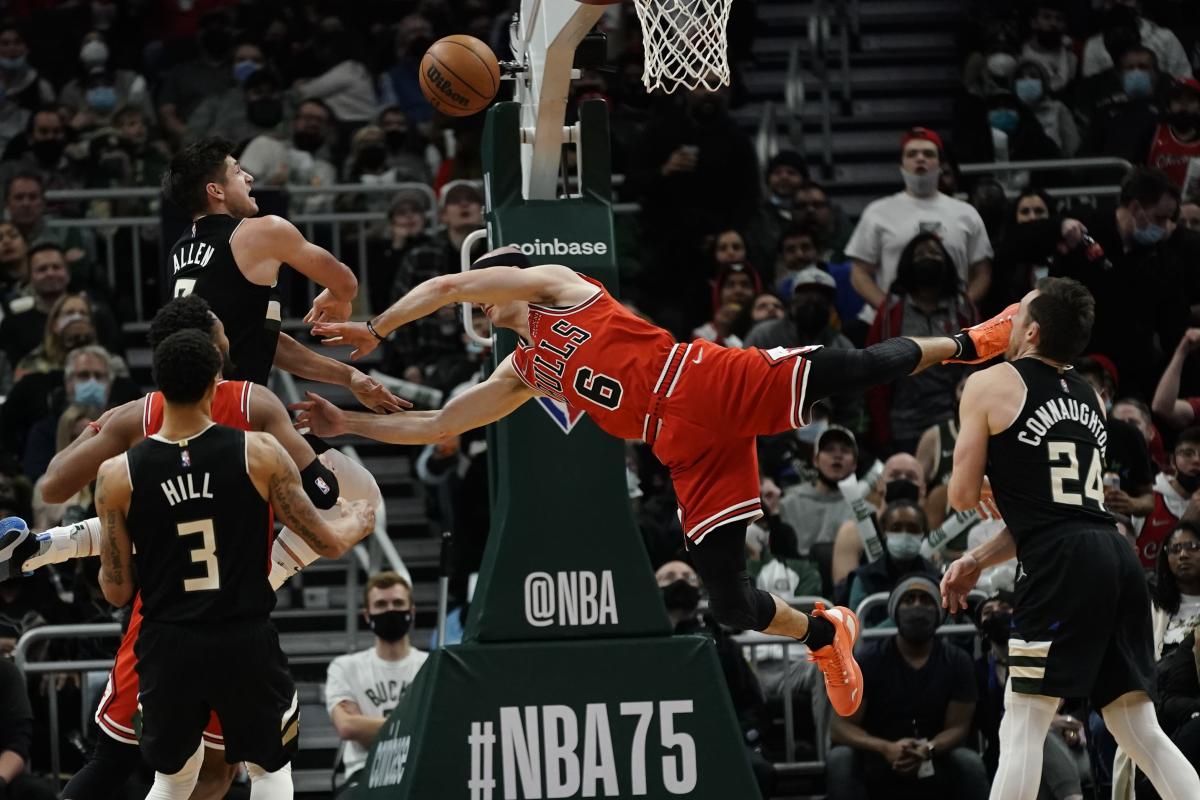 NEW YORK (AP) Milwaukee Bucks guard Grayson Allen was suspended by the NBA for one game on Sunday for his hard foul on Alex Caruso that resulted in a broken right wrist for the Chicago Bulls guard.

Allen will serve his suspension Wednesday when the Bucks visit the Cleveland Cavaliers.

Caruso was driving to the basket Friday night when a hard foul by Allen caused him to land on his right side. Caruso lay on the floor for a few minutes, though he stayed in the game to attempt the free throws that resulted from Allen’s flagrant 2 foul.

The Bulls announced Caruso’s injury on Saturday. The team said he needs surgery and will be re-evaluated in six to eight weeks.