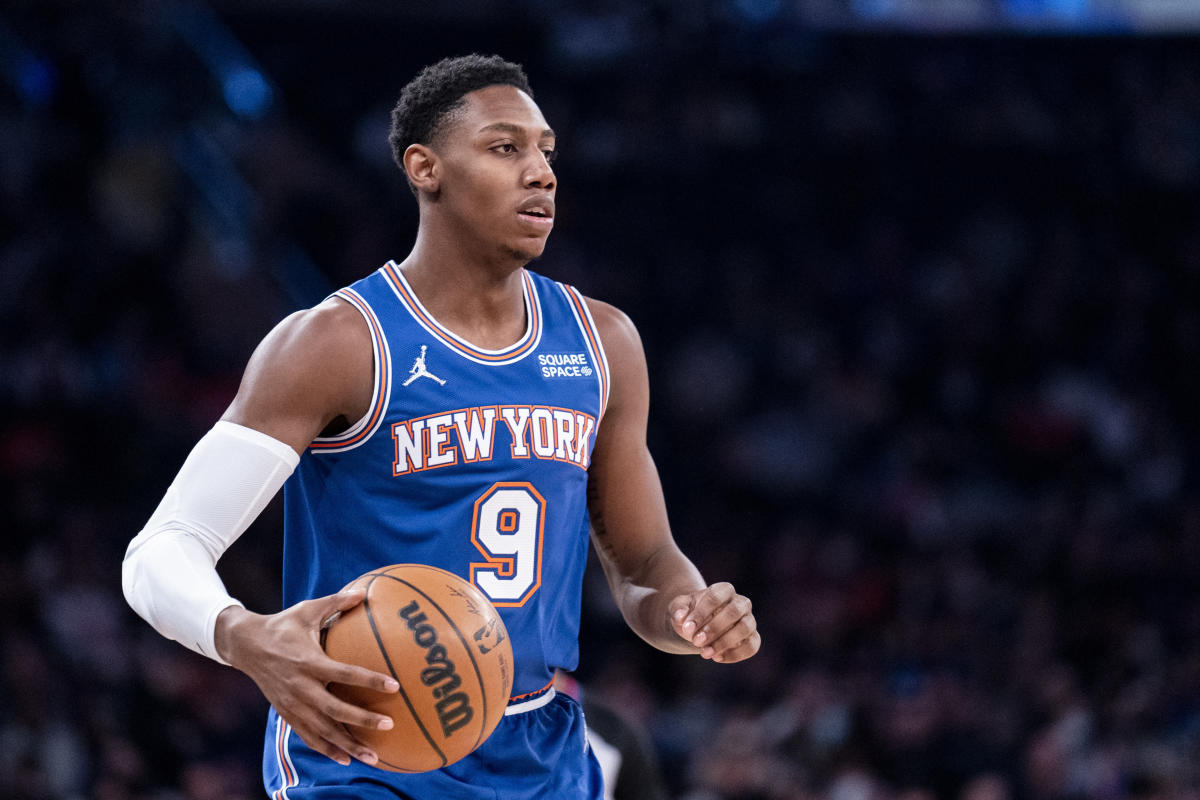 Julius Randle had 24 points and nine rebounds, helping New York stop a three-game slide. Evan Fournier made four of the Knicks’ 16 3-pointers and finished with 14 points.

With Barrett leading the way once again, the Knicks never trailed.

»I am hungry for more. I want more for the team, but for myself as well,» Barrett said. »I think that if I continue to be aggressive like I’ve been the past couple of games, like I was tonight, I think probably anything is possible.

»I want to continue to be able to make plays like I did today, score and defend and rebound, really do it all out there on the court for the team and kind of be the guy that does whatever the team needs.»

»I think he is gaining more experience,» he said. »I think he has the confidence level that has come from his preparation. And now he has been through the league a few times, so I think he is growing every day, you see it. He is playing at a better pace which is important for us.»

Cam Reddish, Barrett’s former teammate at Duke, made his debut for the Knicks after he was acquired from Atlanta in a Jan. 13 trade. The No. 10 pick in the 2019 NBA draft had two points and two rebounds in five minutes of action.

Reggie Jackson scored 26 points for the Clippers, and Ivica Zubac had 17 points and 13 rebounds. Los Angeles has lost seven of its last 10 games.

Los Angeles coach Tyronn Lue said the Clippers did not do enough to make Barrett take shots with his right hand.

»We know he can score the basketball, but he had 28 points and 28 points was all on going left,» Lue said. »We talked coming into the game that we got to keep him off his left hand. He’s too good going to his left and he got there time and time again.»

Jackson then paced a 6-0 run with a floater and a 3-pointer for Los Angeles. But Randle responded with a driving layup and Fournier connected from long range to make it 106-94 with 4:52 left.

Terance Mann’s dunk with 31.3 seconds remaining got the Clippers within six. But Burks made two foul shots to help the Knicks close it out.

Clippers: Los Angeles is 7-5 against the Eastern Conference this season. . Dropped to 8-13 on the road this season.

Knicks: Point guard Kemba Walker was held out due to a sore left knee. He is expected to play at Cleveland on Monday. … Forward Mitchell Robinson left early in the third quarter after he sprained his left ankle.

Clippers: Continue their eight-game road trip when they visit the Washington Wizards on Tuesday night.

Knicks: Visit the Cleveland Cavaliers on Monday night, their first of three games on the road.