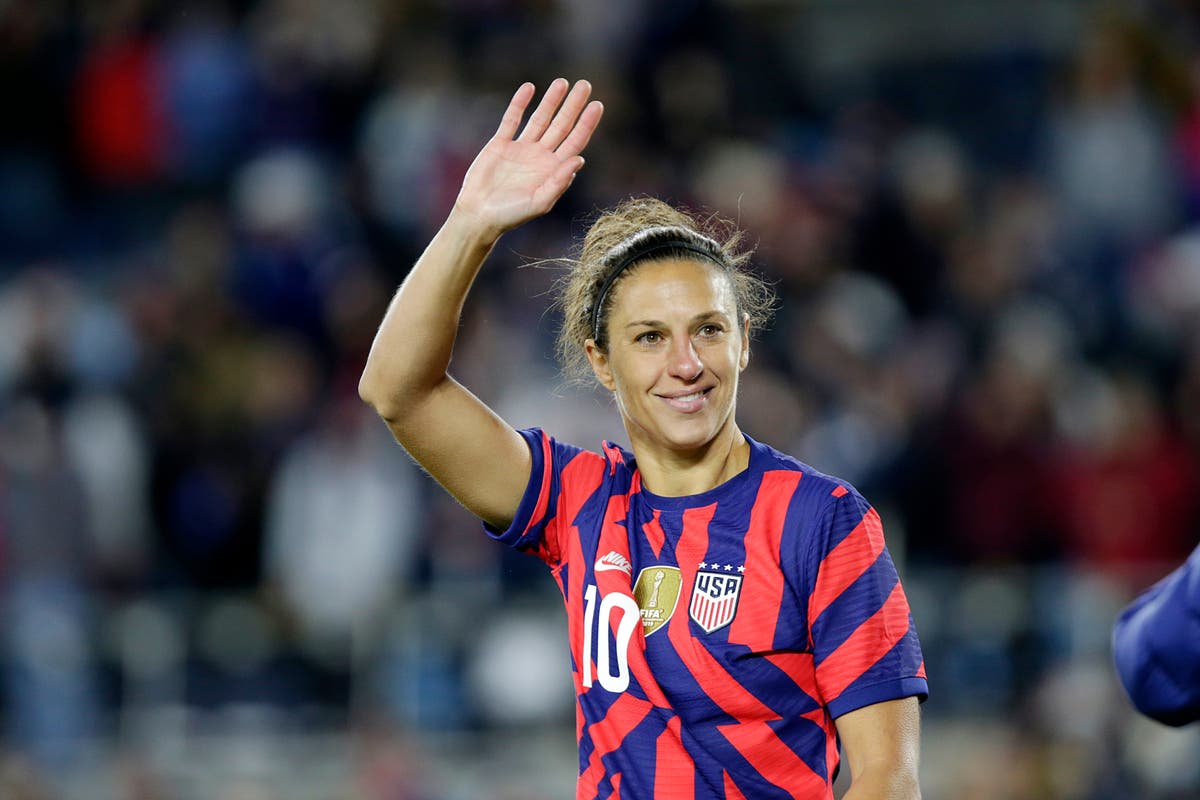 Former US soccer star Carli Lloyd has faced backlash on Twitter after complaining about the practices of a FedEx delivery driver.

The two-time FIFA World Cup winner took to her personal account to air her grievances regarding a recent delivery, in which the courier dropped the boxes off on her uncovered stairs rather than inside the porch of her house.

“Ringing in the New Year with soaked packages. Guess the 5 extra steps from our @Fedex driver to place under the covered section of the porch was too hard to endure,” she wrote, before adding the hashtag “#Noonecaresabouttheirjobanymore.”

However, several followers were quick to criticise Ms Lloyd for the Tweet, pointing out the privileged position she was in to be concerning herself which such trivial matters.

This isn’t the first time she has been accused of being socially insensitive, however.

Earlier this year, Ms Lloyd made the headlines for not taking a knee alongside her US teammates, coaches and other support staff at the Tokyo Olympics. Instead, she stood upright while the rest of the players, including Megan Rapinoe, took the knee.

While her subsequent retirement wasn’t directly triggered by that decision, it did certainly ostracise her from the rest of the US squad.

Back in the present day, a number of social media users were quick to call Ms Lloyd out for her recent Tweet. “Imagine blasting some low-paid, overworked delivery person on Twitter and then making yourself to be the victim,” one reply read.

Another person commented: “She [Ms Lloyd] sounds like she’s about to run for office as a Republican.”

The pay and working hours of delivery drivers during the Covid-19 pandemic has been a topic of great discussion over the past 18 months. Amid the so-called ‘great resignation’, currently taking place across the US, pressure is building on companies like FedEx and Amazon to provide better working conditions to their delivery drivers and extended staff.

This message was echoed by many Twitter users, who took issue with Ms Lloyd’s beratement of a FedEx employee, rather than the company itself.

After receiving said backlash, the 39-year-old tweeted out a tongue-in-cheek response of her own. “Bye Twitter . I usually know better than to come on here amongst the warriors!” she wrote, although her account still very much remains active.

The New Jersey native, who made over 300 appearances for the US Women’s National Team, is now retired from soccer – with her final match coming in the 2020 Olympic Games bronze medal clash against Australia. Ms Lloyd’s goals in that tournament helped her become the record female scorer in Olympic history, with 10.