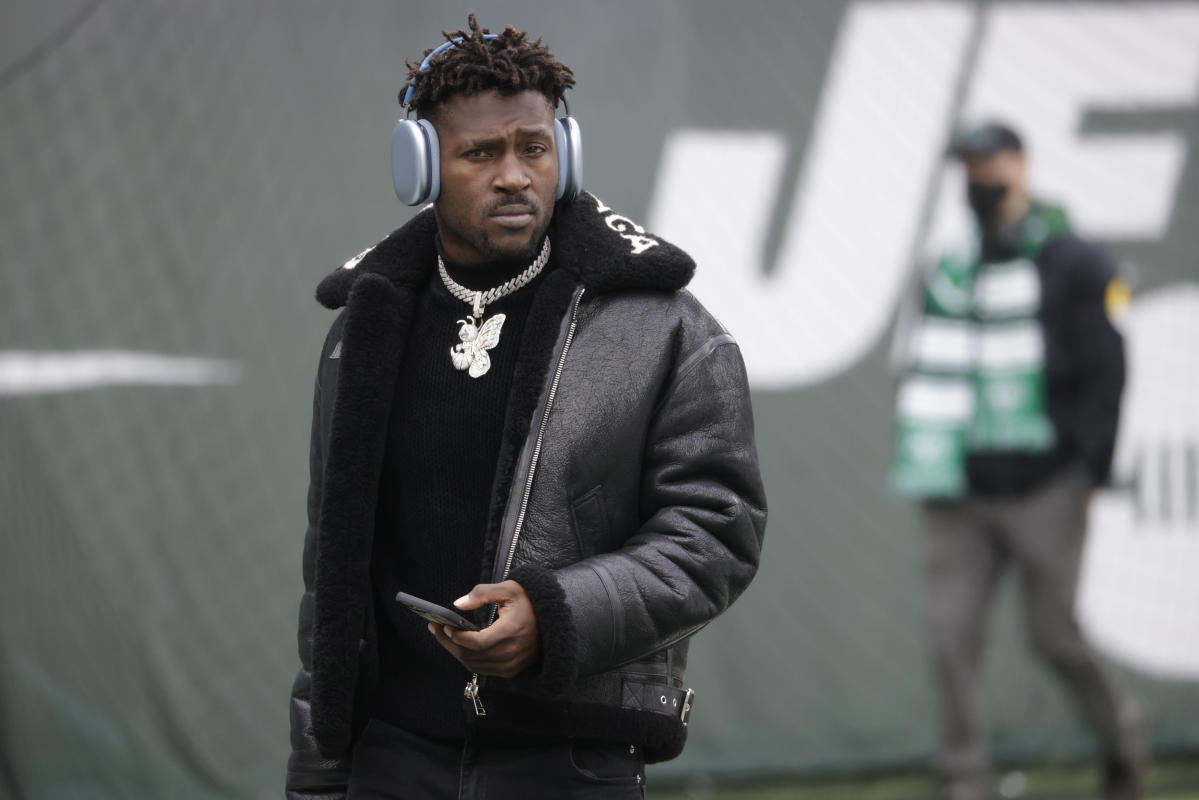 After a bizarre incident that saw Antonio Brown leave Sunday’s win over the New York Jets midgame and shirtless, head coach Bruce Arians told reporters that the veteran wide receiver is no longer with the team.

«He is no longer a Buc,» Arians said after the game. «That’s the end of the story. Let’s talk about the guys who went out there and won the game.»

He wasn’t welcome to fly back to Tampa with the Bucs, according to multiple reports.

Tom Brady, who fought hard to get the Bucs to sign Brown in the first place last season, asked everyone to be «compassionate and empathetic» toward him after the game.

“Everyone should be compassionate and empathetic to some difficult things that are happening,” Tom Brady said of Antonio Brown.

What happened with Antonio Brown?

During a break in second-half play, Brown abruptly took off his gear, threw his shirt and gloves into the stands and jogged off the field. Before exiting, he did some jumping jacks in the end zone and waved to the New York crowd before running into the tunnel.

The incident happened late in the third quarter with the Jets leading, 24-10. Fox Sports’ Jen Hale reported that teammates Mike Evans and O.J. Howard tried to sooth an upset Brown as he took off his jersey and shoulder pads. A fan in the stands recorded video:

TV cameras then caught Brown removing his shirt and gloves and throwing them into the stands.

While both teams remained on the field during a break in play, Brown ran to the end zone, where he performed his jumping jacks and gave the crowd a peace sign before exiting to the tunnel. It wasn’t clear immediately after the game what prompted the scene.

Brown was in the midst of his second game back from a three-game suspension for violating the NFL’s COVID-19 protocols after he was accused of obtaining a fake vaccine card.

The Bucs signed Brown in 2020 on the heels of an eight-game NFL ban following multiple allegations of rape and sexual misconduct and a no-contest plea on a felony burglary conveyance charge. Arians said when Brown signed: «He screws up one time, he’s gone.«

Arians then welcomed Brown back from his three-game suspension with the Bucs in the midst of a chase for the No. 1 seed in the NFC playoffs. Sunday’s incident proved a step too far for the Bucs head coach.