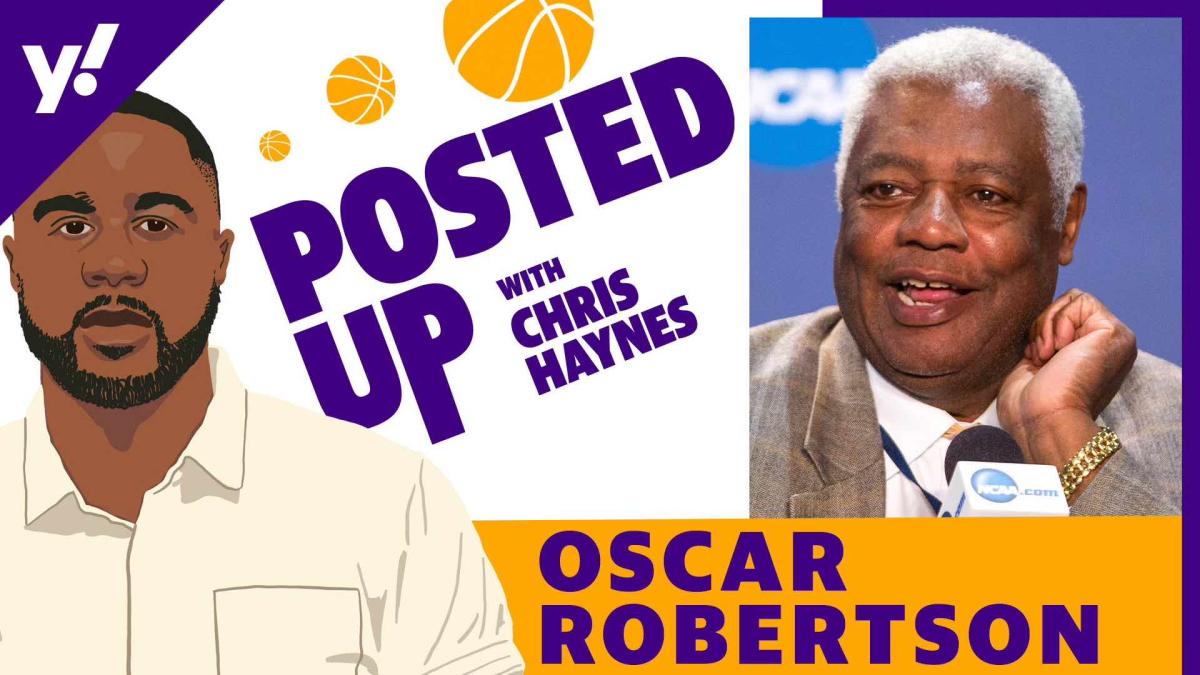 The Basketball Hall of Famer and member of the NBA’s 75th anniversary team joined the “Posted Up with Chris Haynes” podcast to discuss what he’s most looking forward to on this year’s holiday slate and the early season struggles in Los Angeles. Hear the full conversation on the Posted Up with Chris Haynes podcast. Subscribe on Apple Podcasts, Spotify, Stitcher or wherever you listen.

CHRIS HAYNES: Oscar Robertson, Christmas is coming up. You got the red shirt on.

OSCAR ROBERTSON: Yes, I do.

CHRIS HAYNES: [LAUGHS] This is usually you know, a great, great time of year to watch them, get prepared for all the top flight NBA match up games. It’s a little bit tricky this year with the COVID situation going on, and you don’t know who’s going to be available, and what players are going to be watching.

And I guess what are you looking for this time of year, as far as as far as basketball and Christmas?

OSCAR ROBERTSON: I look for a good competitive game with the Warriors and Phoenix, and then the Nets going to play the Lakers. , But you know we have to understand this that in sports, some of us gets hurts all the time. I don’t think you can complain about what you don’t have a lot of times.

Worry about what you have on the floor. If this guy’s out because of COVID, that guy’s out, bring somebody else in, and explain to them what you need as a basketball player. Because I mean, we can always say Oh, we’re not going to do well because such this person is out. So what?

You know, rub some dirt on and get back out there. But no, I mean, that’s real. I mean, complaining is not going to do anything about it, and these are still professional athletes and marquee teams, and so you’re still going do have basketball on Christmas Day.

If you’re over the last few years, I don’t know if I can say you’ve got close to Russell Westbrook. But obviously, you guys are going to be forever linked. What do you what do you think about his transition thus far, with the Los Angeles Lakers?

OSCAR ROBERTSON: Well, I won’t make this public, but I mean, I think there’s some things that Russell’s doing is great. It’s the things he’s doing is not so great, but you know, he’s going to figure it out. You know, he’s a good athlete, you know. Smart athletes always figure out how the best way to get there. And I think he has a little ways to go. And the whole team has a ways to go, to be honest, get where they want to be.

OSCAR ROBERTSON: That goes all about it.

CHRIS HAYNES: Yeah, [LAUGHS] But what needs to be done? Is this a roster situation, or is this a situation where players are just not playing up to the level expected?

OSCAR ROBERTSON: I’ve always said this, in order to win the championship, you’ve got to have a good bench. Davis has hurt right now, and then they keep talking about Lebron’s age. I mean, you know, when I was coming up playing basketball in the Park, I played against a lot of the fathers of the players, players that I knew well.

I mean, I don’t think age has anything to do with this, you know how to play. But I think the Lakers bench is a problem. I look at Golden State, and I look at Phoenix, and those guys come off the bench, man. They make it. They come in the game, they’re ready to go. But sometimes but the legacy is just not there.