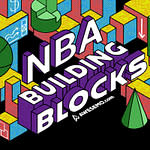 Wednesday, Dec. 22, has a five-game main slate beginning at 7:30 p.m. ET. Let’s look at the player pool and discuss the top NBA DFS picks for DraftKings, FanDuel and Yahoo lineups. Do not forget to head over to the Awesemo NBA DFS home page for more great written daily fantasy basketball content.

The Toronto Raptors – Chicago Bulls game has been canceled, and several other teams have more players with positive COVID tests or who are close contacts, which means everything is in flux.

Denver is currently listed as 5.5-point road favorites heading into Oklahoma City tonight. The Thunder have been frisky and won their last two games, knocking off the Clippers 104-103 on Saturday and upsetting the Grizzlies 102-99 in Memphis on Monday. They have a puncher’s chance of taking out the Nuggets if Nikola Jokic is not on the top of his game. Only three players aside from Jokic are projecting for over 40 Yahoo points, and no one in that trio is even within a dozen points of Jokic.

Jokic has been doing some phenomenal work without Jamal Murray, Michael Porter Jr. and various injuries to Aaron Gordon, Will Barton and other rotational players. In his last seven games, Jokic is averaging 33.4 minutes and 17.9 field goal attempts at a 59.2% success rate. In that time he is averaging 26.9 points, 13.1 rebounds, 10.1 assists and 2.5 combined blocks and steals. Yes, he is averaging a triple-double and has logged four of them in this stretch. Not rostering Jokic has the potential to create a situation where it will not be easy to make up a raw score of 60 fantasy points.

Jrue Holiday finally has an appropriate salary, as he has been carrying the Bucks without Giannis Antetokounmpo and Khris Middleton. Tonight he has a favorable matchup against Houston. Khris Middleton is slated to return from his hyperextended knee, and according to reports it sounds like he is a full-go. Awesemo is projecting this duo for a tick shy of 33 minutes. Both average close to 1.3 Yahoo points per minute without Antetokounmpo, and they are priority plays on this tenuous slate. Milwaukee has lost three of their last four games, which has them in fifth place in a tightly packed Eastern Conference race.

It is amazing that this game has not been canceled yet. Boston is without Al Horford, Josh Richardson, Grant Williams, Juancho Hernangomez, Sam Hauser, Brodric Thomas and Jabari Parker. Robert Williams should be available after missing the last game. Plus, as a pandemic bonus, Joe Johnson is now with the team on a temporary contract.

Trae Young, Clint Capela, Danilo Gallinari, Timothe Luwawu-Cabarrot and Lou Williams are all in the health and safety protocol. Bogdan Bogdanovic is expected to play after missing eight games with an ankle injury. John Collins, Delon Wright, Kevin Huerter, Gorgui Dieng and Cam Reddish are the players to target. Onyeka Okongwu seems like an unnecessary risk, and it remains to be seen how and when Lance Stephenson and Wesley Iwundu are worked in after signing with the team.

Orlando is missing Mo Bamba, Terrence Ross, R.J. Hampton, Mychal Mulder and Moritz Wagner. Cole Anthony has missed the last two games with an ankle injury, and Wendell Carter Jr. is dealing with strained lower leg. If either of these players starts tonight, they should be a full-go, as there is no reason for Orlando to push them. Franz Wagner and Chuma Okeke are solid plays, and Robin Lopez becomes intriguing if Carter is out.

Get ready for another rollercoaster ride of news and player availability leading up to tip-off for each game. Keep in mind that salaries and scoring formats differ across the various fantasy sites, and a slam-dunk play on Yahoo may be a below-average NBA DFS pick on DraftKings or FanDuel