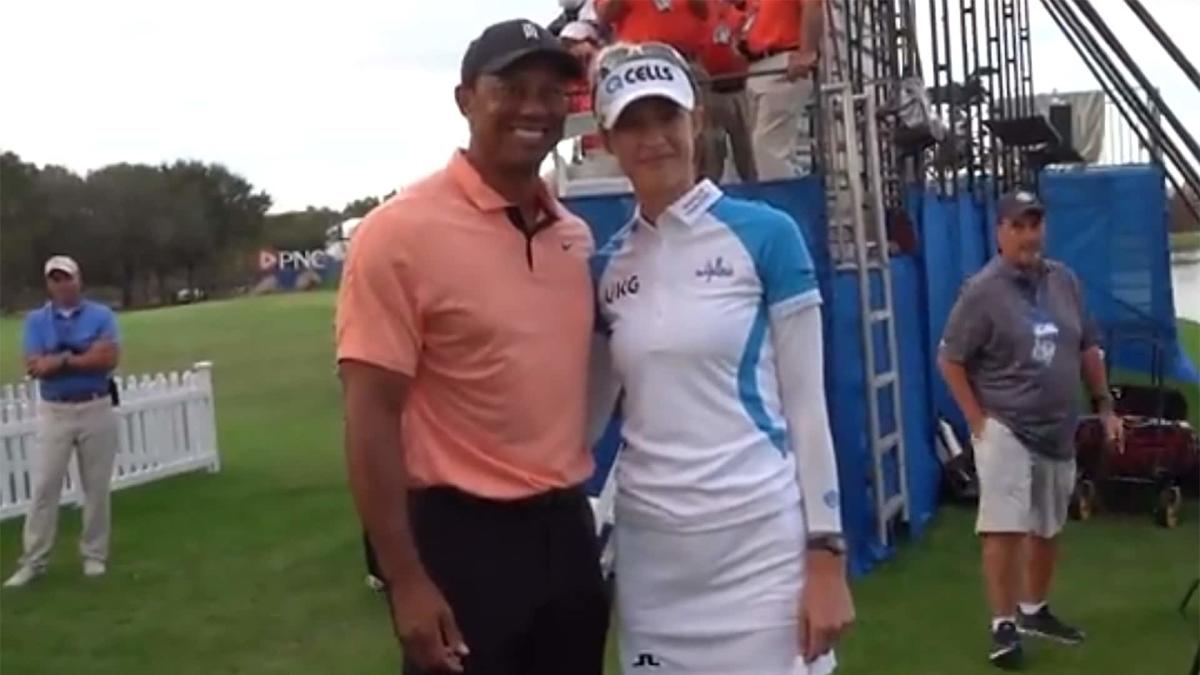 Even the No. 1 player in the world can be awed. Nelly Korda may be the best player in women’s golf, but late Saturday afternoon she was just a fan.

“Hi, Tiger,” Korda said as Woods wrapped up his opening round in the PNC Championship. “I was wondering if I could take a photo with you.”

“Nelly. Yes. You got it. Done deal,” replied Woods.

“I didn’t want to bother you right now, but I really wanted a photo,” Korda said.

Team Korda shot 9-under 63 and Team Woods – Tiger and son Charlie – shot 62. Woods also snapped a photo with Petr and Nelly’s brother, Sebastian, who is a top-50 tennis player.

With tennis on his mind, Woods was very complimentary of Nelly Korda and her future.

“I’ve gotten a chance to see a lot of her this year play,” Woods said. “She’s risen so quickly and it’s very much like what Serena and Venus [Williams] – then once Serena got rolling, and then you can see the same thing with Nelly. She just has that fire, that inner drive.”