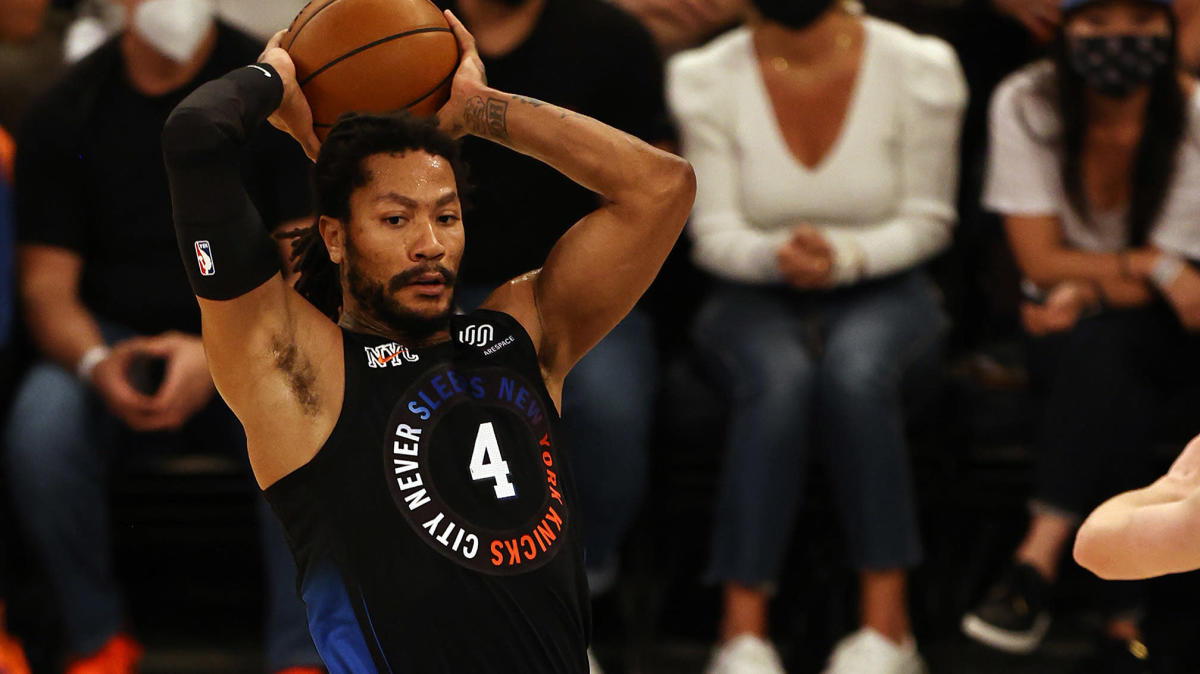 The App is Back! Don’t forget to download the NBC Sports EDGE app to receive real-time player news, mobile alerts and track your favorite players. Plus, now you can check out articles and player cards. Get it here!

This article aims to highlight some of the best NBA DFS Plays at every position for your cash game lineups. Keep in mind that the following player write-ups were constructed earlier in the day, and sometimes injury/rest situations can alter the fantasy landscape. Monitoring our NBA News & Headlines Feed throughout the day will keep you in the loop while giving you the subsequent DFS consequences of each information piece.

Rose came through with a nifty 38 fantasy point showing against Milwaukee on Sunday. He picked up some extra usage with RJ Barrett out of the lineup, and that will be the case again tonight. To put it simply, Rose is too cheap when considering the heavier workload sans Barrett. Playing up in pace against the Warriors (eighth in possessions per game) doesn’t hurt either.

Editor’s Note: Dominate daily with our premium DFS Tools that are packed with our lineup optimizer, a salary tracker, projections and much more. Click here to learn more!

Simons and Lillard both returned against the Timberwolves on Sunday, and each of them filled up the box score. It seems like Simons will have a prominent role for the Blazers with CJ McCollum sidelined. Over his last three games while playing alongside Lillard, Simons is averaging 30 minutes and 32 fantasy points. That’s a solid baseline when considering his non-imposing salary.

Durant is questionable tonight, so we’ll need to double-check the injury report before locking him into our lineups. Assuming Durant plays, he’ll have plenty of usage while trying to lead a depleted Nets’ rotation. James Harden is set to return, so we probably won’t see another 73 FP outburst from Durant, but the superstar is in a spot to go for 55+ in a competitive date against the Raptors.

I like Green tonight, as he’s pretty cheap compared to other power forwards like Julius Randle and Pascal Siakam. There’s a scenario where Green replicates their production as well, given the Golden State power forward has notched a pair of 50+ FP performances over the past two weeks. You never really know what you are getting from Draymond, as he has a wide range of fantasy production. However, I believe we’ll see his good side against a New York team that ranks 23rd in defensive efficiency to power forwards.

Foul trouble is always a concern with Nurkic, but I’m still taking a chance on him tonight. This is a shortened slate where the Portland big man stands out as a legitimate option at the center position. The matchup isn’t bad either, as Phoenix ranks 22nd in rebound rate this season. Similar to the write-up of Green, you never know how Nurkic will perform from a fantasy standpoint. The limited options and solid matchup have me looking in his direction for this three-game slate.

Alec Burks (SG – NYK) is seeing quality minutes for the Knicks. He has been up and down within that playing time, but it’s nice to see that he has real 30-40 FP upside in his back pocket. Consider him a strong value option against the Warriors tonight.

Cameron Johnson (SF – PHX) is an easy bargain pick if Devin Booker (questionable) is still out. Booker has missed five straight games while Johnson is averaging 30 minutes and 28 FPPG over that span.

Nicolas Claxton (PF – BKN) should see plenty of work for Brooklyn tonight, as LaMarcus Aldridge and Paul Millsap (among others) are out. Claxton has been an efficient fantasy contributor this year, and he’ll have a chance to put that on display with an expected 25+ minute workload.