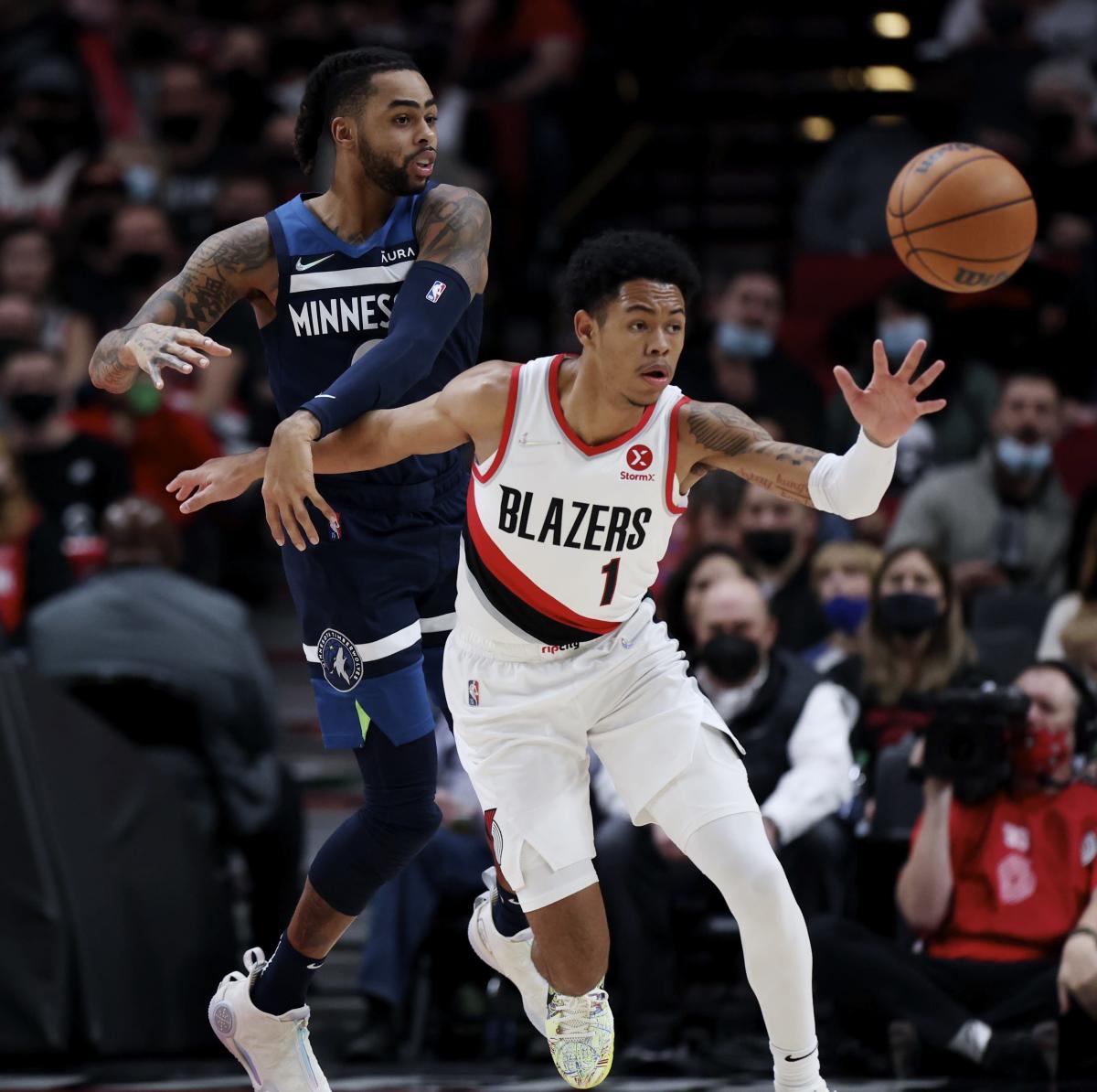 PORTLAND, Ore. (AP) Karl-Anthony Towns had 23 points and 10 rebounds, and the Minnesota Timberwolves snapped a five-game losing streak with a 116-111 victory over the Portland Trail Blazers on Sunday night.

Anthony Edwards had 24 points for Minnesota, which also ended an eight-game losing streak in Portland.

»Everybody was so uptight, so this win made everybody take a deep breath, calm down,» Edwards said. »So now we’re good. We’re back to ourselves.»

The loss was Portland’s fifth straight. Anfernee Simons had a season-high 26 points off the bench for the Blazers, and Damian Lillard returned from an abdomen injury to score 24 points and grab 11 rebounds.

Minnesota led by as many as 12 points in the third quarter but Portland chipped away at the lead and went up 100-93 with 7:51 left in the game when Nassir Little followed a 3-pointer with a two-handed dunk.

Larry Nance Jr. dunked for the Blazers but Jarred Vanderbilt answered with a dunk for the Timberwolves. After Edwards made free throws, Patrick Beverly’s layup stretched Minnesota’s advantage to 112-106 with less than a minute to go and Portland couldn’t catch up.

»I just felt like we were kind of antsy all night,» Blazers coach Chauncey Billups said. »I was hoping they would calm down as the game went on, but we weren’t – we didn’t really calm down.»

Portland had played without Lilliard for five games because of lower abdominal tendinopathy. And the Blazers were still without CJ McCollum, who has a collapsed lung, and Cody Zeller, who has a right patellar fracture and will be evaluated in a week.

For the Timberwolves, Russell was questionable going into Sunday’s game with right ankle soreness. He started after a three-game absence and finished with 18 points.

Malik Beasley’s 3-pointer and a free throw from Towns gave Minnesota a 33-26 lead going into the second quarter, but back-to-back three pointers for the Blazers closed the gap. Portland pulled in front 38-36 on Lillard’s 3, but Minnesota went into the half ahead 56-55.

»I think we did a great job of making it difficult for them to get some clean looks. We made them take some really tough shots and on the flip side we just got it to the right man,» Towns said.

Lillard said the Blazers spoke after the game in the locker room about the situation they’re in.

»My thing to the guys was like, I’ve been here before, we’ve been here before. It’s not ideal. You don’t want to keep telling yourselves in the locker room, ‘Alright, We’ve got to keep pushing, it’s going to get better.’ You know, it’s a situation that we have to make better,» Lillard said. »We have to do things better. And that starts with me.»

Timberwolves: Minnesota’s longest losing streak this season was six games, stretching from Oct. 30 to Nov. 10. … It was the first of four meetings between the two teams. Minnesota won last year’s series 2-1. … The Timberwolves forced 19 Blazer turnovers.