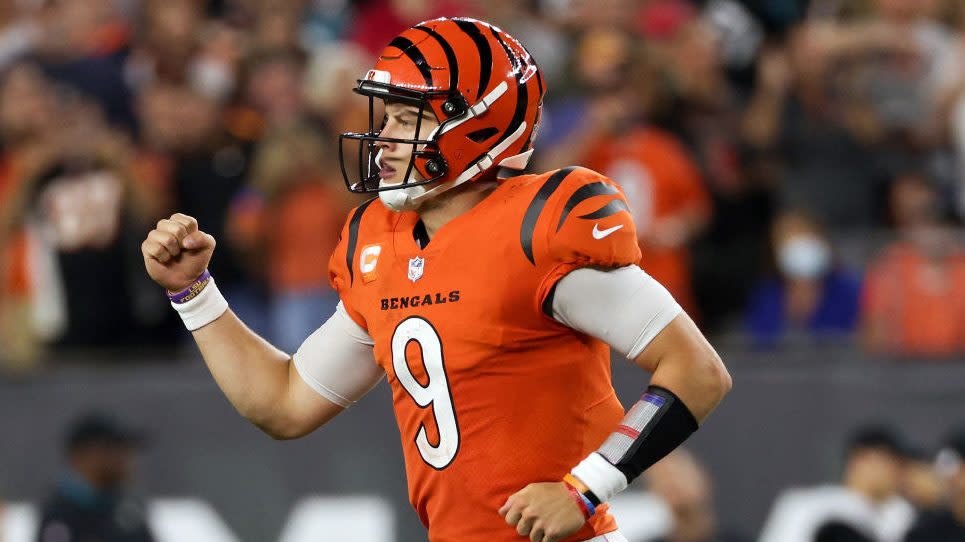 The Bengals went into halftime down 14-0 to the Jaguars on Thursday night, but the score could have been even worse.

Linebacker Logan Wilson stuffed Jaguars quarterback Trevor Lawrence a yard short of the end zone on a fourth down just before the end of the second quarter to keep the deficit manageable for Cincinnati. A quick touchdown to start the third quarter put them right back into the game and they would go on to score all four times they had the ball in the second half, including the game-winning field goal as time expired.

That final drive took place without running back Joe Mixon and saw the Bengals overcome a couple of penalties on the way to the winning kick. After the game, quarterback Joe Burrow said overcoming all of those obstacles showed a lot about the team.

“Yeah, that’s football though,” Burrow said. “That’s the NFL — it’s not going to be perfect. You’re going to have to find ways to win when everything’s against you and your back’s against the wall, and that’s what we did today. I’m proud of the way we fought.”

The win leaves the Bengals at 3-1, which is more games than they won in 2019 and one short of their win total from last season. It seems inevitable that they’ll wind up with a better record than 2020 and their work over the first four weeks gives hope that their first winning season since 2015 could be within reach.