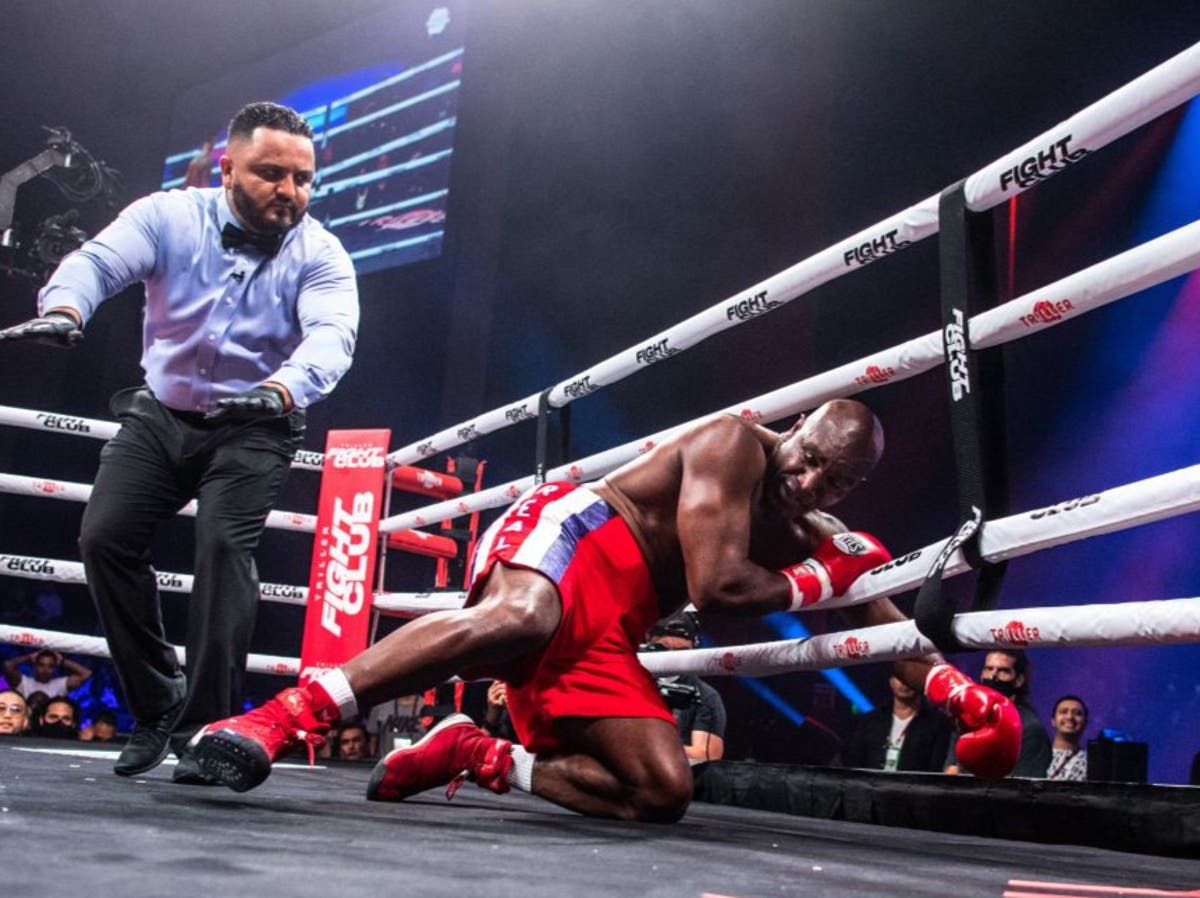 Evander Holyfield has been served with a 30-day medical suspension following the 58-year-old’s knockout defeat to Vitor Belfort on Saturday.

The Florida State Boxing Commission, who have been criticised for allowing the fight to take place, issued the ruling in the aftermath of the exhibition bout.

Former world heavyweight champion Holyfield was dropped twice by Belfort before the contest was called to a halt by referee Samuel Burgo in the first round.

Holyfield had not fought in 10 years and the meeting against former UFC champion Belfort had been refused in the state of California.

The American had showed signs of mental and physical decline in the lead-up to the fight and had been considered a health risk prior to the spectacle.

David Haye, who defeated Joe Fournier on the undercard of the Triller Fight Club event, criticised Belfort for celebrating his victory over Holyfield, a man 14 years his elder.

“He was celebrating like he’s done something impressive,” Haye said. “Different people have different values of respect. What’s impressive about knocking out a 58-year-old?

“No matter how good Holyfield looked on the scales, he’s 58. With the reflexes and timing, he hasn’t been hit in over a decade.”