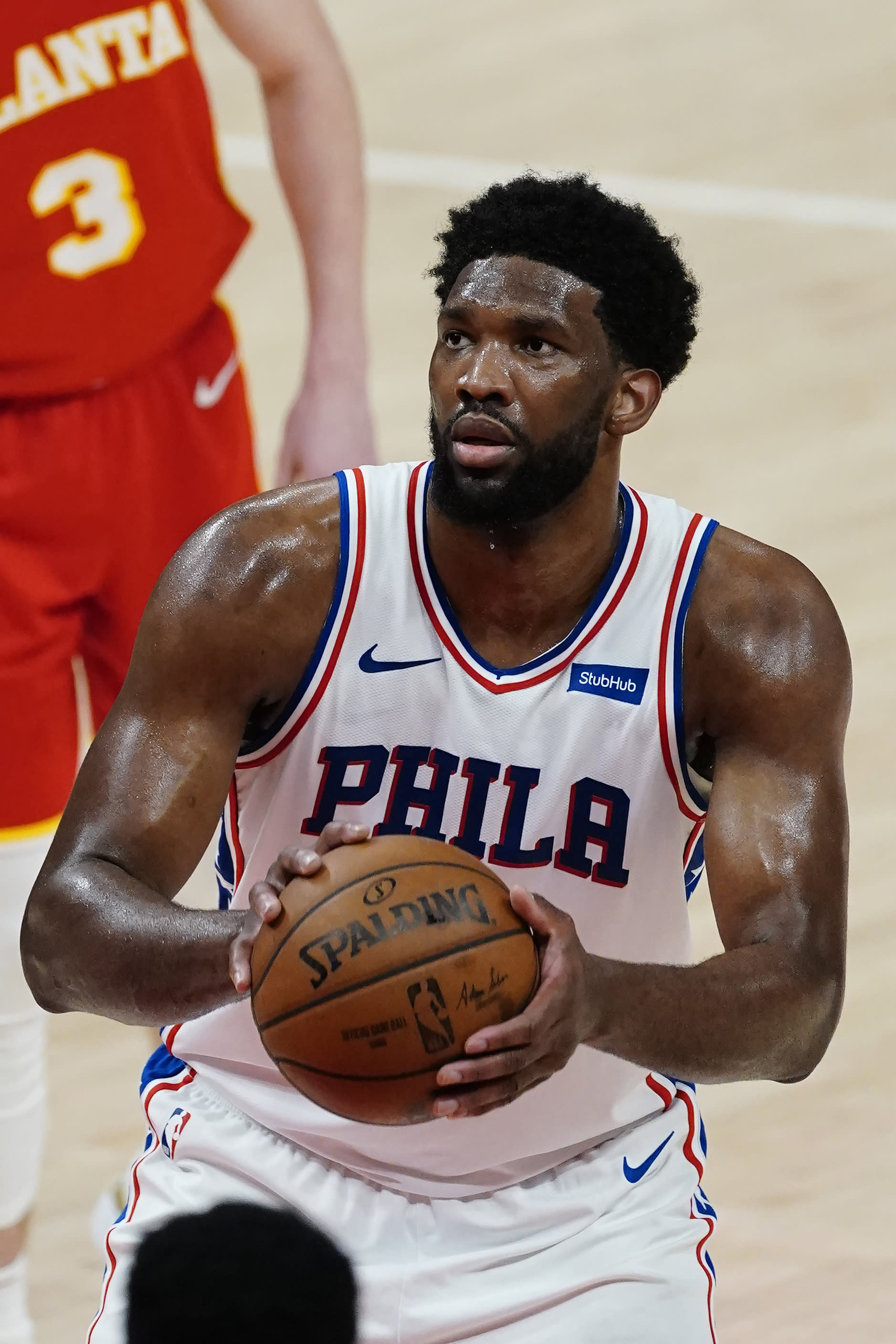 PHILADELPHIA (AP) Joel Embiid has deep into the decade to try and win his first NBA championship with Philadelphia. Another big-money deal locked up, the All-Star nicknamed »The Process» wants to end his career a Sixers lifer.

The 76ers kept their trust in Embiid and signed the 7-footer to a multiyear contract that a person familiar with the situation said was a four-year, $196 million extension, taking him through the 2026-27 season.

The person spoke on condition of anonymity to The Associated Press because specific terms of the deal announced Tuesday were not made public.

The 27-year-old Embiid was NBA MVP runner-up this season to Denver’s Nikola Jokic, making him eligible for the supermax contract extension. Embiid led the Sixers to the best regular-season record in the Eastern Conference. Under coach Doc Rivers, the Sixers lost in the second round to the Atlanta Hawks.

The Sixers tweeted a photo of Embiid and team owner Josh Harris with the contract that said, »(at)joelembiid isn’t going anywhere.»

»Joel is the definition of elite – a role model in our community and a true MVP-caliber superstar on the court,» Harris said. »Since he was drafted in 2014, his rare blend of skills, charisma and leadership has transformed this franchise. We couldn’t be more grateful and excited to continue watching him in a 76ers uniform.»

Embiid, the No. 3 overall pick out of Kansas in the 2014 draft, shook off more injuries and averaged 28.5 points and 10.6 rebounds last season. He tore cartilage in his right knee during the playoffs but played through the injury and was unstoppable at times in the post. He scored 36 points in 28 minutes in a Game 3 first-round win over Washington. He followed that up with 39 points in Game 1 and 40 in Game 2 in the East semis. Embiid was 11 of 21 and scored 31 points in Philadelphia’s Game 7 home loss to the Hawks.

»It just felt like this was going to be our year,» Embiid said after Game 7. »If there’s one thing I want to say, I gave everything I had. It’s not easy, especially when something always happens at the wrong time. I was ready, this whole playoffs, to just come in and dominate and do what I had to do. The meniscus happened.»

Embiid averaged 24.8 points and 11.3 rebounds over his first five seasons in the NBA. Embiid, a native of Cameroon, sat out his first two seasons with injuries and has never played more than 64 games in a season over his career. He missed games this year with a bone bruise on his left knee.

Embiid has solidified his future in Philly at the same time fellow All-Star guard Ben Simmons faces an uncertain one with the team after an ugly postseason. The Sixers expected to pair Embiid and Simmons as cornerstones who could keep the team as a contender in the East for a decade. Instead, Simmons became the scapegoat for the Sixers’ early elimination from the playoffs and his name has been dangled in trade rumors all summer.

Embiid, though, signed the kind of contract that locks him in as a Sixer through the prime of his career.

Embiid, who became a father last year, joined Hall of Famers Shaquille O’Neal and David Robinson are the only players in NBA history to average at least 24 points and 11 rebounds in their first 260 games. Since entering the league, Embiid has 173 double-doubles, which ranks second all-time in franchise history since the 1983-84 season. Among players who have debuted since 1954-55, Embiid is the NBA’s all-time leader in points per 36 minutes, with an average of 29.3 points.

Among his charitable endeavors, he donated his $100,000 All-Star Game winnings to area homeless shelters, partnered with a grocery chain in December to help five families with rent or mortgage relief, and pledged with Sixers ownership a combined $1.3 million to Penn Medicine for COVID-19 antibody testing of front-line health care workers.

76ers President Daryl Morey tweeted a photo of Embiid signing the contract with a lock and championship trophy emojis.

Montrezl Harrell starting for Sixers vs. Nets in place of Joel Embiid