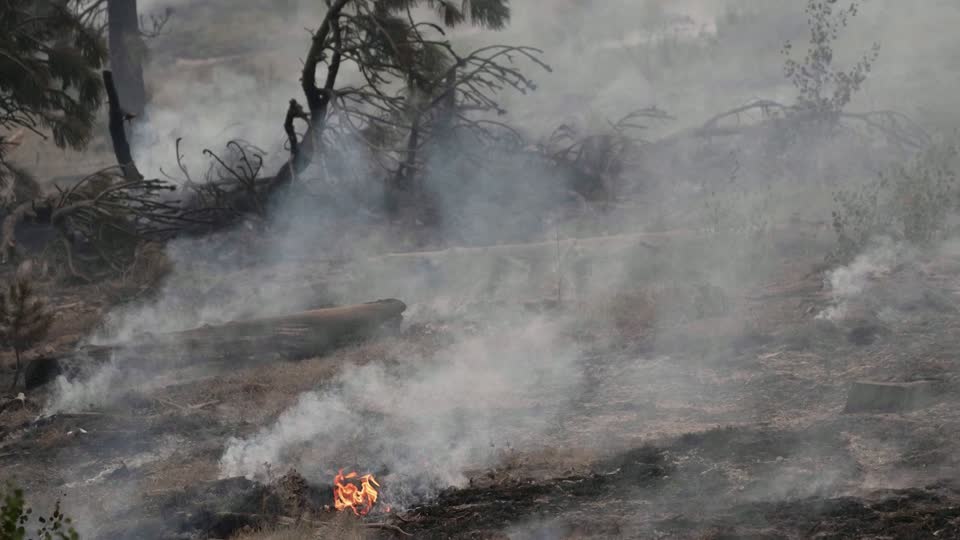 Scores of wildfires continued to burn through the Western United States over the weekend.

Video obtained by Reuters showed the Tamarack Fire ripping through a forest in Nevada on Saturday, after it spilled over from California.

Local authorities say about four percent of it has been contained.

The National Weather Service posted red-flag warnings in parts of Oregon, Montana and Idaho as fires raged across the three states.

The fires have generated so much smoke that it turned the full moon orange on Friday evening, which could be seen as far as Washington D.C, after winds carried the smoke eastward.

Officials over the weekend said that the amount of smoke being created has actually helped ground crews of more than 2,000 people battle the so-called Bootleg Fire in Portland, Oregon.

It’s the largest by far of more than 80 active wildfires burning in 13 states.

Officials said that a «smoke shade» from California’s fires is blocking sunlight, which in turn is creating cooler, more stable surface conditions in Oregon.

The Bootleg Fire has so far burned through more than 400,000 acres of brush and timber – over half the size of Rhode Island.

It’s now the state’s third largest wildfire on record since 1900.

While the fire’s spread has slowed in recent days, officials also reported that ground crews are battling an outbreak of COVID-19, with at least nine firefighters quarantined so far.