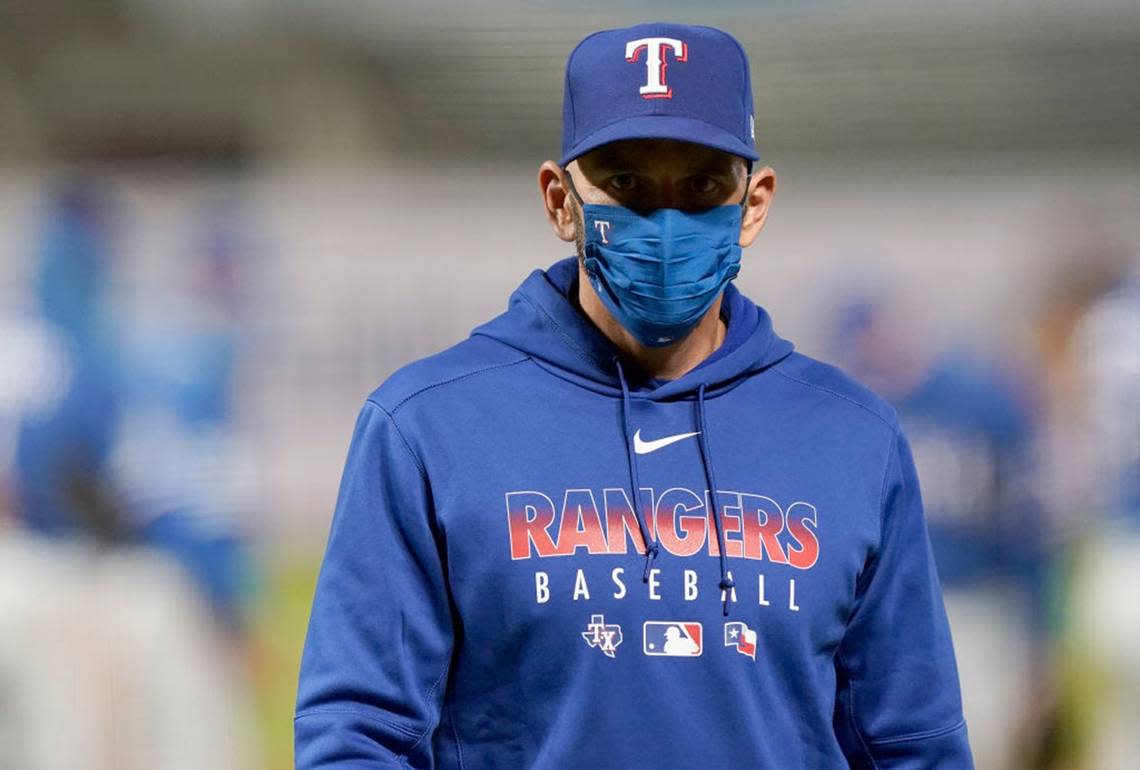 Texas Rangers manager Chris Woodward had the conversation in the dugout himself.

With San Diego Padres right-hander Joe Musgrove in the midst of a no-hit bid of a 3-0 game on Friday night, the Rangers were desperate to get anything on offense going when Anderson Tejeda stepped to the plate to start the seventh inning.

The Padres implemented a defensive shift against Tejeda, leaving the left-side of the infield open. Did the Rangers consider bunting in that situation?

Rewind a little bit as the Rangers and Padres have a brief history when it comes to the “unwritten rules” of the game. Just last season, Padres star Fernando Tatis Jr. drew the ire of Woodward for breaking an “unwritten rule” when Tatis pelted a 3-0 pitch for a grand slam late in a game the Padres were already leading by seven runs.

On Friday it was the Rangers’ contemplating whether to break another “unwritten rule,” as baseball frowns on breaking up a no-hit bid with a bunt in the late innings.

But the Padres were playing a shift and Tejeda was making his season debut, looking for his first hit of 2021.

“It is an interesting conversation. We were talking about it,” Woodward said on Saturday afternoon. “I don’t think any of our guys were going to try to break up a no-hitter past the sixth inning with a bunt. Now you can obviously make the claim if they’re going to play a shift, it’s different. But listen, I’d rather our guys earn it and get a clean hit. They can beat it by swinging, I don’t mind that, but I wasn’t going to recommend trying to bunt there.

“Now if it’s a one-run game, different story. The fact that it was a three-run game, it’s not an 8-0 game … if it’s 8-0 absolutely not, but the fact that it was still a low-scoring game, you could make an argument for it. But I’d rather them get a clean hit and eliminate the controversy.”

Controversy averted as Tejeda struck out swinging and Musgrove went on to throw the Padres’ first no-hitter.

It was a dominant performance by Musgrove, who had 10 strikeouts and allowed only one baserunner on a hit-by-pitch for the first no-hitter in Globe Life Field history.

Outside of bunting and “unwritten rules,” Woodward spoke positively about Musgrove’s performance. As a baseball fan, he liked the backstory of Musgrove growing up a Padres fan and making history for that organization.

Woodward also believed it would serve as a “good test for our hitters to bounce back.”

“I know a lot of our hitters were feeling good, and you know we felt good as an offense,” Woodward said. “It’s humbling. When you face elite pitching, and it’s like, ‘How do we test? How do we match up against the best, when we’re facing a guy on top of his game, can we beat him? Can we have quality at bats? Can we control the strike zone?’

“I know that feeling as a hitter when you feel a little bit overmatched, but can we still compete?”