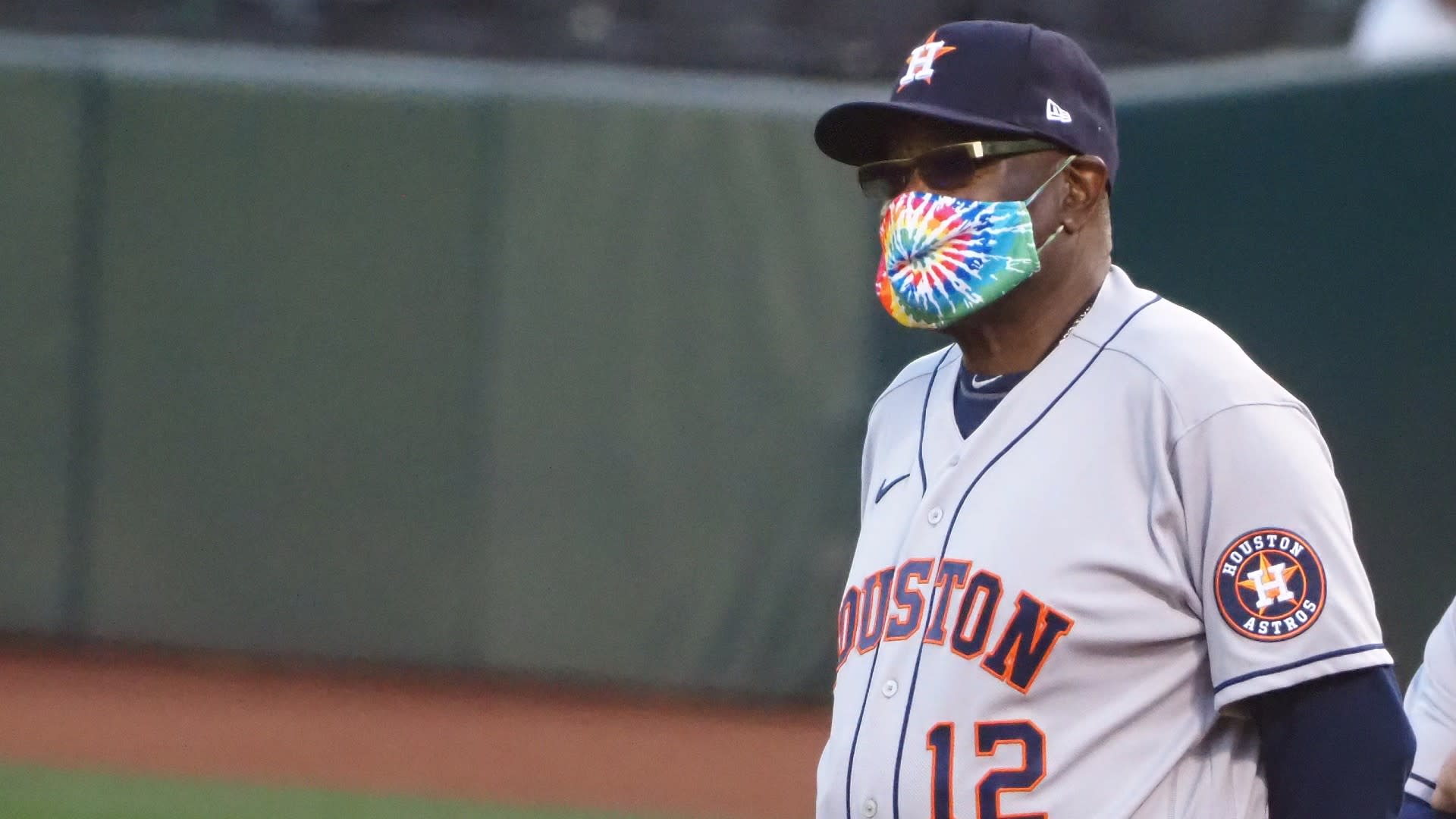 The Houston Astros have spent the first week of the season experiencing what it’s like to travel to opposing cities and play in front of their fans still upset over their cheating scandal that unfolded prior to the 2020 campaign.

After the coronavirus forced MLB to play without fans last season, a majority of stadiums have opened in a limited capacity to start 2021. That includes the ballparks for the Oakland A’s and Los Angeles Angels, the first two opponents on Houston’s schedule.

The Astros swept the A’s in four games to open the season before kicking off their series with the Angels on Monday night. During the sixth inning, an inflatable trash can made its way onto the warning track in the outfield while Jose Altuve was the plate. After it was removed, fans threw a real trash can in its place, resulting in the contents spilling onto the ground.

Following the game, Astros manager Dusty Baker expressed his displeasure with how his players have been treated by fans in the stands.

“You can tell the amount of hostility and the amount of hatred in the stands,” Baker said on a Zoom call. “How many in the stands have never done anything wrong in their life? We paid the price for it. How many people have not cheated on a test or whatever at some point in time? It’s easy if you live in glass houses but I don’t think anybody lives in glass houses. I think sometimes we need to look at ourselves before we spew hate on somebody else.

“It’s a sad situation for America to me. When you hear things, what are the kids supposed to think in the stands? And some of them are kids. They’re following their parents. It’s sad, to me. People make mistakes and we’ve paid for ours and I wish they’d leave it alone.”

In addition to the trash cans, fans have shown up to games with T-shirts, signs and creative chants to remind the Astros they cheated on their way to their World Series title in 2017. Players such as Altuve, Alex Bregman, Carlos Correa and Yuli Gurriel have received the brunt end of the boos.