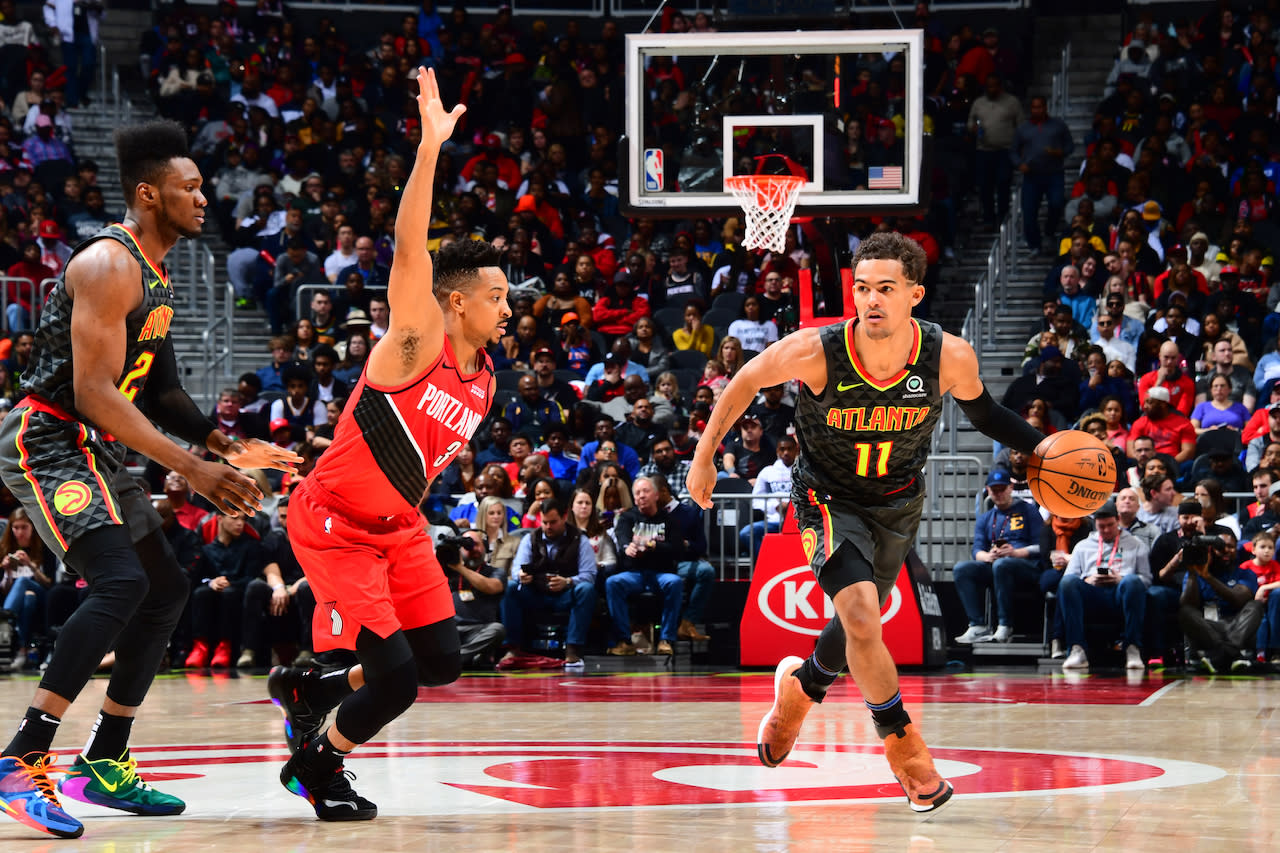 The Portland Trail Blazers’ Jan. 16 contest against the Atlanta Hawks is the first of two meetings between the two teams this season. The second matchup will come during the second half of the season.

Saturday marks the first game for the Blazers without starting center Jusuf Nurkic after Nurkic fractured his right wrist in Thursday’s loss to the Pacers.

Nurkic will reportedly have surgery to repair the fracture and is expected to be out for at least eight weeks.

The Blazers will now look to Enes Kanter and Harry Giles to fill the void down low. Portland’s head coach Terry Stotts said Thursday night he would evaluate both Kanter and Giles before making a decision on who will start.

[RELATED]: Harry Giles has been waiting for opportunity with Blazers– and now it’s here

Our Trail Blazers Insider, Dwight Jaynes examines who will be the Trail Blazers’ starting center – Enes Kanter, Harry Giles or…?

The Trail Blazers are meeting Friday to set a course for what to do after the loss of center Jusuf Nurkic to a broken right wrist Thursday night.

Stand pat or make a move to find another big? Make a major deal or simply add a backup?

There are not a lot of great options in the near term and if the team wants to make a big move it will likely have to wait until Feb. 6 — when players acquired as free agents during the offseason can be dealt.

For now, it’s the usual list of free agents who are unemployed for any number of reasons. In other words, limited big men who probably would come here only to fill a role as the third center behind Enes Kanter and Harry Giles. An emergency option.

With Kanter and Giles, the Trail Blazers are much better equipped than most NBA teams to withstand the loss of a quality starting center. Kanter, in fact, filled in capably two years ago during the team’s run to the Western Conference finals, after Nurkic suffered a fractured leg.

Giles, a young player who was once thought to be one of the best prospects in the country, has played well in mostly limited appearances and his teammates have spoken highly of his talent and work ethic.

The injury to Nurkic should certainly open the door for Giles to get more playing time.

But Coach Terry Stotts has almost always been reluctant to use young players for extended minutes. After a solid exhibition season, Giles has been in that spot.

If the team makes a move for a young prospect, it isn’t likely he would be used in a key role. There is no guarantee, in fact, that Giles will be used for extended minutes behind Kanter. The Blazers have had some success with a small-ball lineup that features Robert Covington at center.

One possibility would be to thrust Giles into the starting lineup and keep the bench rotation intact by using Kanter in his same role.

Stotts used that gambit with Noah Vonleh, who started 56 games in 2015-16 but averaged only 15.1 minutes per game.

The Blazers are -5.5 point favorites against the Hawks, odds provided by our partner PointsBet.

Where: Moda Center | Portland, OR

PointsBet is our Official Sports Betting Partner and we may receive compensation if you place a bet on PointsBet for the first time after clicking our links.