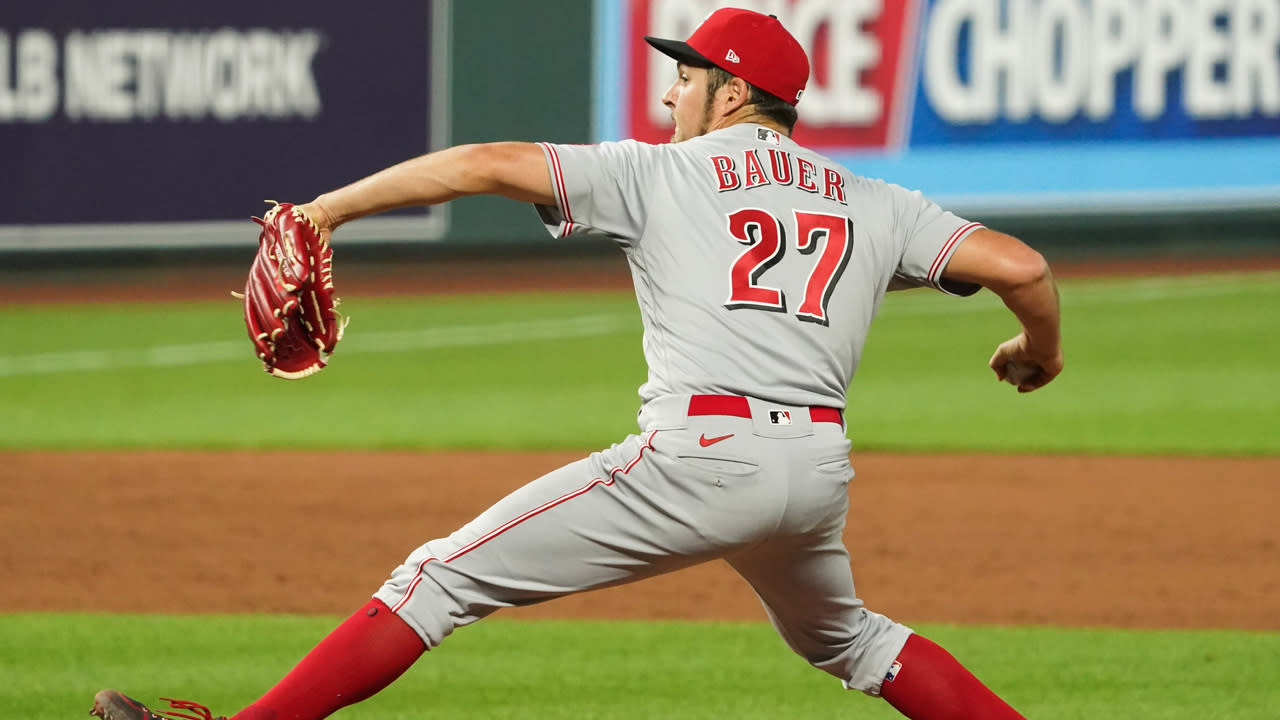 Trevor Bauer’s agent thinks some team in the Central divisions should just say «screw it.»

A frozen free-agent market combined with a pair of high-profile players getting dealt away from the middle of the country in recent days sparked Bauer’s agent, Rachel Luba, to take to Twitter and wonder whether any team in either the AL or NL Central were intent on going for it in 2021.

And then she brought up the White Sox.

Sooo is the entire Central just basically giving up, or…? 🤔

Those tweets came in the wake of the Cleveland Indians shipping star shortstop Francisco Lindor to the New York Mets in a blockbuster trade Thursday. And that trade came not long after the Cubs traded their best player, Yu Darvish, to the San Diego Padres.

While the AL Central race seems to be down to just the White Sox and Minnesota Twins, the NL Central favorite is hard to peg at the moment. The Cubs are the reigning champs and perhaps still the team to beat in that division. Their top talent gets mentioned in one trade rumor after another, but their four division rivals have done nothing of significance this winter to improve their own rosters.

Luba’s reaction to the Lindor trade wasn’t terribly different than that of many White Sox fans, who saw the weakening of the Cleveland roster as an opportunity for the South Siders to «load up» and assert their dominance in the division with another splash move or two or three or four. Certainly Luba would like that, as she represents the best pitcher on the free-agent market and is shopping for a big-money deal.

The White Sox, of course, already made a huge rotation upgrade this winter, trading for Lance Lynn, who’s been one of the best pitchers in baseball the past two seasons, in early December. With Lynn in the mix, the White Sox might already have the best roster in the AL Central and one of the best rosters in the American League. But bringing in Lynn, as well as the addition of free-agent outfielder Adam Eaton, was a relatively affordable move, and the White Sox seem to be positioned to make a run at another addition if they so choose. They’ve been rumored to be interested in a trio of free-agent closers in recent days.

The economic situation across the game in the wake of the pandemic has seemed to lock up a free-agent market that had already been moving at a relatively glacial pace in recent offseasons, and that’s true of every team out there. Still, Luba, talking with our Gordon Wittenmeyer and Maddie Lee on the most recent edition of the Cubs Talk Podcast, believes Bauer and rest of the sport’s top free agents will get paid this winter.

«Teams are always going to pay the top-of-the-market (free agents). Some team is going to pay it,» she said. «You might not necessarily have as many teams, and we do see a lot of teams that are, unfortunately, just trying to tear down.

«As an agent, I never like that side of it, and it’s not the direction I want to see the sport going. But I realize it’s the reality of it, and we’ve already seen that. We’ve kind of seen it, unfortunately, in the Central. The NL Central has really, in general, kind of — all the teams seem to be tearing down.

«But at the end of the day, the top of the market, they’re going to get paid, and I don’t see it being a huge issue.»

Will the White Sox be the «some team» that pays Bauer? Did Luba’s tweet get their attention?