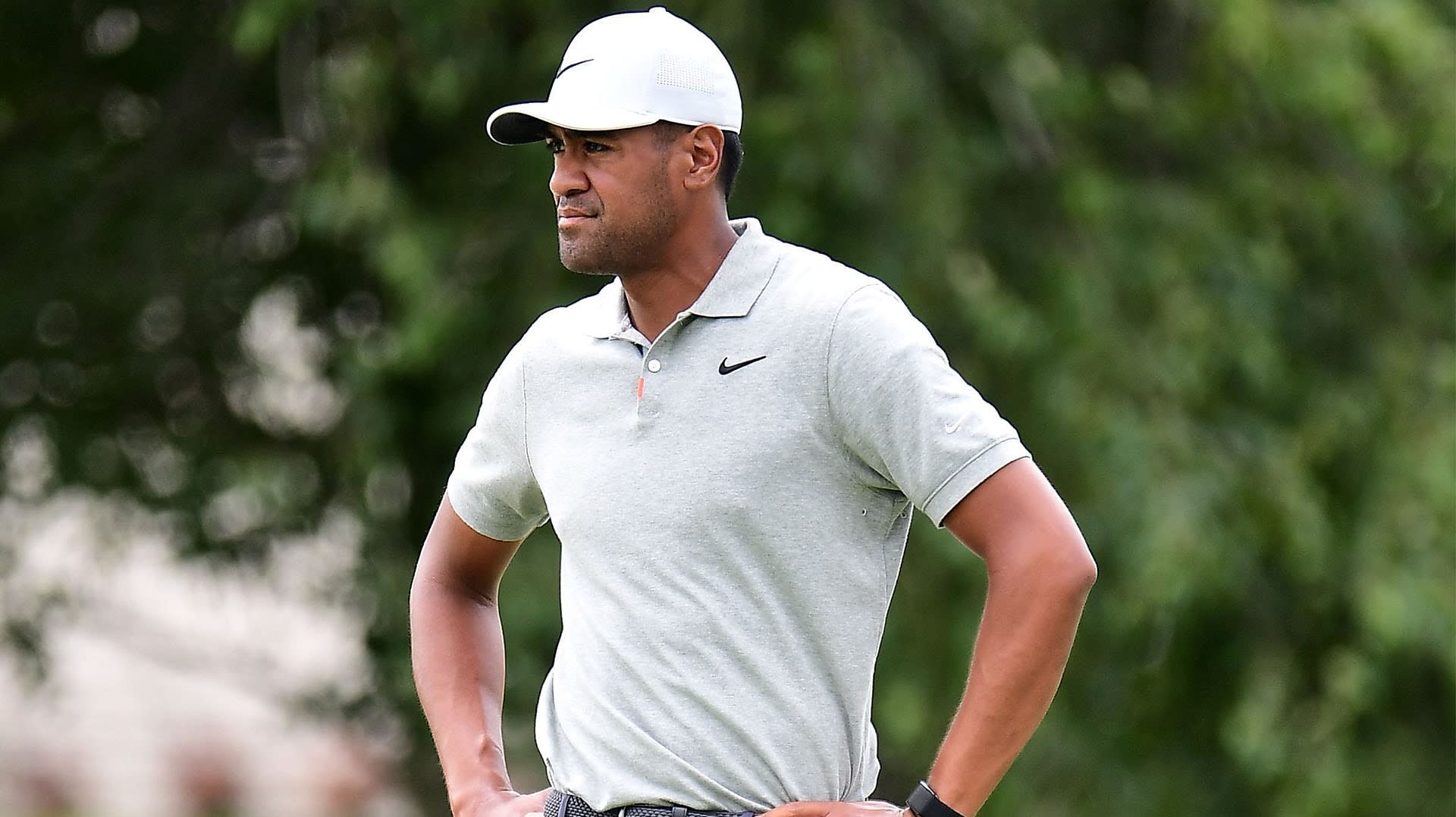 For the second straight week, Tony Finau came up short on Sunday with an elusive trophy in sight.

Last week Finau had a share of the 36-hole lead at the Memorial Tournament before fading over the weekend, including a final-round 78 to fall into eighth place. That finish prompted a caddie switch, as Finau had swing coach Boyd Summerhays on the bag for this week’s 3M Open. He once again played his way into contention and was the highest-ranked player to make the cut, only to falter once again in the final round.

Finau started the day two shots off the lead at TPC Twin Cities but struggled on the greens, missing five putts from inside 15 feet. While he shot a 3-under 68, that score left him three shots behind Michael Thompson and in a large tie for third. The result continues a recent trend for Finau, who entered the week 171st on Tour in final-round scoring average this season and remains in search of a second win following his maiden victory at the 2016 Puerto Rico Open.

Finau: No trophies for T-3; ‘I’ve learned that the hard way’

«I had some great looks down the stretch. I didn’t make the putts I needed to,» Finau told reporters. «You’ve got to make those putts to win the tournament and I wasn’t able to do it today. But my game’s in a great place with three majors right around the corner, and that’s pretty exciting for me.»

Finau lost a playoff earlier this year at the Waste Management Open and has now racked up 30 top-10 finishes since the start of the 2016-17 season, nearly double the total of the next player who hasn’t won a tournament along that span (Tommy Fleetwood, 16). Finau described Summerhays as a one-week solution for caddie and confirmed that he’ll have his brother, Gipper, on the bag at both the WGC-FedEx St. Jude Invitational and PGA Championship before looking for a more permanent solution.