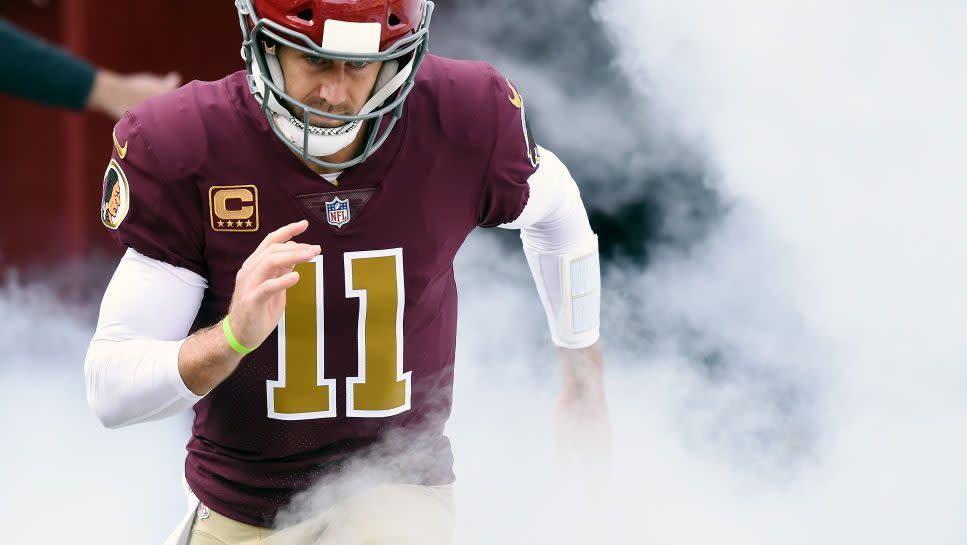 Weeks of bad press for the Washington franchise became overshadowed by Friday night’s news that quarterback Alex Smith has been cleared to resume any and all football activities. Beyond his heroic journey being immediately worthy of big-screen treatment is the question of whether Smith can win the starting job in Washington.

Smith knows a thing or two about adjusting to a different offense; he’s done it many times since entering the NFL as the first pick in the 2005 draft. (In 2006, Smith’s offensive coordinator was Norv Turner, the father of Washington’s new offensive coordinator, Scott Turner.) And Smith served as the starter for a supposedly rebuilding San Francisco team during the lockout year of 2011. That rebuilding team came within a muffed punt or two of building a bridge to the Super Bowl.

Three years ago, Smith led the league in passer rating, with 4,042 yards, 26 touchdowns, and five interceptions. He hasn’t had more than eight interceptions in any season since 2010.

From 2011 through 2018, his record as a starter (wins aren’t a quarterback stat, but good quarterbacks who are also good leaders undoubtedly influence a team’s ability to win) is 75-35-1.

Second-year quarterback Dwayne Haskins has the draft pedigree and the potential. But in a year with so much chaos and turmoil, Smith’s ability to thrive in unusual circumstances and to overcome so much adversity could give the 36-year-old a chance to finish his comeback with something much more significant than receiving medical clearance to play after suffering a gruesomely broken leg that became so badly infected that he nearly died.