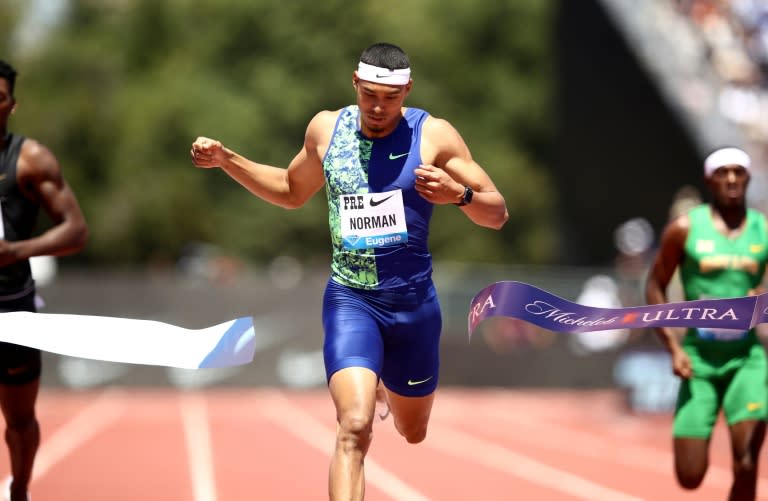 Dallas (AFP) – US 400m sprinter Michael Norman clocked a world-leading 9.86 seconds for the 100 metres at a meeting in Texas on Monday, World Athletics said.

The 22-year-old from California blasted to victory in Fort Worth in what was his first 100m race since 2016.

«After four long years I finally got to run the 100m,» Norman said in a post on Twitter after the race.

The previous fastest 100m time in 2020, which has seen the season decimated by the coronavirus, was a 9.91sec clocked by South Africa’s Akani Simbine in Pretoria in March.

The only other sprinter to duck under all three benchmarks is South Africa’s Olympic 400m champion Wayde van Niekerk.

Norman’s 100m time on Monday follows a disappointing end to his 2019 season, when an unspecified injury saw him fail to reach the final of the 400m at the World Championships in Doha, an event he had been tipped to win.