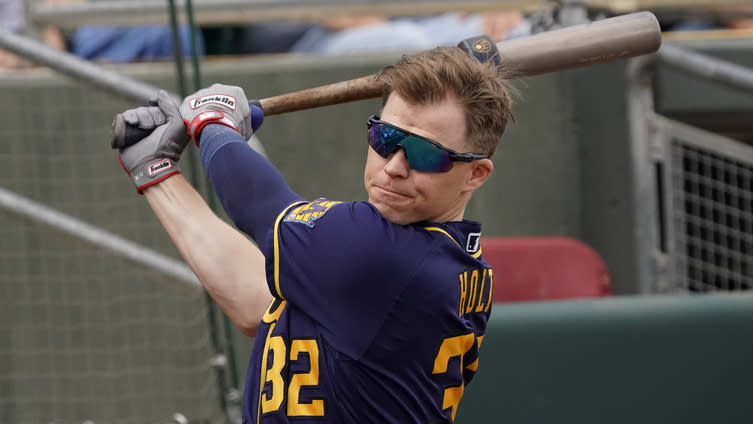 Some players already have pulled out of the 2020 Major League Baseball season, and others may soon do the same.

But some don’t have the luxury of deciding whether they’ll play this year.

Brock Holt offered some perspective Tuesday as a member of that last group. During a Zoom call with Milwaukee reporters, the former Boston Red Sox utility man bluntly explained why he intends to play for the Brewers this season after signing a one-year contract with the team.

«I’m not in a position to opt out of a season,» Holt said, via WEEI’s Rob Bradford. «I feel like if I didn’t play this year, my baseball career would be over. If I didn’t play, it would be hard for me to find a job next year.»

Holt is being modest — the 32-year-old hit .297 over 87 games for the Red Sox last season and probably could latch on somewhere — but his point is well-taken. For every David Price, Ian Desmond and Ryan Zimmerman who have opted out of the season (for perfectly valid reasons), there are far more players on roster fringes who need to keep playing to earn a paycheck — even if that means putting themselves and their families at risk amid the coronavirus pandemic.

«I signed a contract to play for the Brewers and the Brewers are playing baseball, so it was never a consideration (to opt out),» Holt said. «If I was in a different situation contractually, it’s definitely something I would have considered with my wife being pregnant.»

Holt’s wife, Lakyn, is pregnant with the couple’s second child, and if he had the luxury of a guaranteed contract through the following season, he may have considered staying home with her and their three-year-old son, Griffin. Instead, Holt will spend three months away from his family during MLB’s 60-game season.

«It’s a sacrifice we had to make,» Holt added. «A lot of us are making that sacrifice. Hopefully, time flies and everything goes smoothly with her pregnancy, but until I see them again it will be (talking via) FaceTime.»